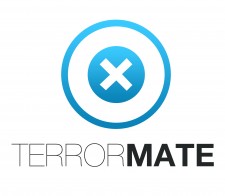 New York, USA, March 9, 2017 (Newswire.com) - TerrorTech LLC, the holding company for the world's first counter-terrorism alert app, TerrorMate, has announced their first funding round to drive its ambitious growth plans forward. The company leaders are looking for investors to come on board as it begins to launch their services worldwide.

TerrorTech today announced the launch of their first funding round, where they are inviting angel investors and venture capital firms to support their marketplace. The fund will be used for the improvement and the launch of the platform worldwide.

"I love the sector and have not seen another business capable of delivering a similar solution to TerrorMate, I think there is a very big upside here"

TerrorMate is the world's first encrypted terrorism alert app for smartphones, features mobile-to-mobile encrypted instant messaging, terror alert and attack geolocation as well as a unique location sharing feature. The company is also busy developing TerrorMate Auto which will integrate their alerts with smart vehicle systems which will allow the driver to be aware of any attacks in their area and advise alternative routeings. The company has a 24 hour, state of the art, military grade operations centre, staffed by former military and intelligence personnel.

Barry Oberholzer, founder of TerrorMate says his firm will use the funding to boost its marketing efforts and finish development of its unique alert platform. “This funding round will allow us to do all of this, and continue with our mission to safeguard millions of people around the globe. The vertical has huge potential, and we have positioned ourselves to capitalize on it in the coming months,” he adds. “If we want to get the desired position in the market, we have to be aggressive and active, rather than to wait 5-10 years to see our success. The capital raised will fund our growth, allowing us to truly brand ourselves as experts in crisis and emergency communications."

During the first round, the company will hold several small funding events, rather than one big event, to raise the money. Through this procedure, the company aims at collaborating with a large number of investors.

Initial angel investor and financial consultant to TerrorTech, Jaromy Pittario, was quoted as saying, “I love the sector and have not seen another business capable of delivering a similar solution to TerrorMate, I think there is a very big upside here."

TerrorTech will seek to raise between $5 and $7.5 million with a maximum raise of $10 million.

TerrorMate has been nominated for the 2017 ASTORS Homeland Security Awards in the Best Mobile Technology category.

As an ‘ASTORS’ competitor, TerrorMate will be competing against the industries leading providers of crisis communication and emergency notification mobile apps.