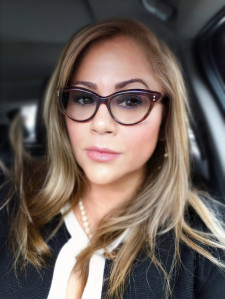 LOS ANGELES, December 9, 2020 (Newswire.com) - Terri Thrush, a seasoned producer and director, is the owner of Terri Thrush Productions, a film and TV creative company with locations in the United States and Panama.

For the last 10 months as the coronavirus pandemic spread, things changed for the film industry. Most productions were totally stopped or delayed, Premieres were suspended and thousands of industry people saw their source of income dwindle.

For Terri Thrush Productions, a 25-year-old Panamanian/American production company, the pandemic has meant a turning point. The curtain dropped on the stage, film and entertainment industry and the return to work will require following strict guidelines. Thrush, who has participated in dozens of productions and is currently writing some scripts for films and documentaries, recognizes that nothing will ever be the same.

Actors, makeup artists, cameramen and anyone who works in the entertainment industry or on Hollywood recording sets must undergo at least three swabs a week to prevent contagion. The number of people working on productions has fallen by almost 50% to ensure the safety of those present and, on each set, medical care spaces are installed.

Everyone related to the projects is being required to take biosafety courses and is examined, receiving a certificate that allows them to continue practicing without problem. It is estimated that the losses in the film industry have already reached billions. The situation not only affects actors, producers and directors around what we know as cinema, but also thousands of people who are dedicated to making costumes, to providing supplies and transport, among others. Despite the ravages of the pandemic, there are lights of hope. The new modalities that resurfaced, like drive-ins or open-air theaters that are already causing a sensation in various parts of the world, have created great expectations for the industry in the U.S.

The pandemic has definitely marked a new era in the film industry. Despite the circumstances, challenges and new protocols, the industry has returned and, in a short time, will fill us with emotions again.

"Great challenges await film production with the current pandemic panorama," explains Terri Thrush, a Panamanian film producer who has dedicated 25 years of her life to the seventh art. "We must be creative and resilient to find the positive and the new twist that cinema will have to continue developing in 2021," says Terri Thrush.