BlockCard™ by Ternio is a debit card that enables the card holder to spend the value of their cryptocurrency with the same ease as traditional credit cards. BlockCard™ can be used online or in physical store locations, anywhere in the world major credit cards are accepted.

NEW YORK, January 4, 2019 (Newswire.com) - Ternio, the leader in scalable blockchain architecture for enterprise companies, has announced their first product for the general public called BlockCard™. BlockCard is a debit card that enables the card holder to spend the value of their cryptocurrency with the same ease as traditional credit cards. BlockCard can be used online or in physical store locations, anywhere in the world major credit cards are accepted.

“Ternio’s goal is to accelerate the use of blockchain and cryptocurrency into everyday life,” said Ian Kane, COO & Founder of Ternio. “BlockCard enables the card holder to gain real utility from their cryptocurrency and removes the notion that crypto is only a speculative asset.”

BlockCard currently supports four cryptocurrencies - Bitcoin (BTC), Ethereum (ETH), Stellar Lumens (XLM) and Ternio (TERN). Consumers who hold any of those cryptocurrencies can deposit them to their BlockCard account after signing up. Additional currencies will be added throughout the year. BlockCard™ users have the option to select between a virtual or physical card. Those who want a physical BlockCard™ can also select between a plastic or a metal version of the card.

Ternio’s BlockCard is one of only three approved crypto debit cards in the United States and is the only card to support multiple cryptocurrencies - giving card holders the option on how they fund their BlockCard. It is also the only card that enables real time spending of cryptocurrency by processing transactions via a crypto exchange. Ternio registered over 1,000 people during their soft launch. Those interested in having a BlockCard account can signup now at: https://getblockcard.com.

“We want to give consumers the option on which digital asset they use to fund their BlockCard account,” said Daniel Gouldman, CEO and Founder of Ternio. “Card holders decide if they want to buy a bagel with their Bitcoin or a latte with their Stellar Lumens. Most importantly, these transactions occur on digital asset exchanges, which helps to propel the crypto community.”

Ternio is a leading blockchain company driving the adoption of blockchain and cryptocurrency into everyday life with its Lexicon framework and BlockCard™. The BlockCard™ is a physical debit card created by Ternio. With BlockCard™, card holders are empowered to spend their BTC, ETH, XLM, and TERN anywhere in the world major credit cards are accepted. Learn more at https://getblockcard.com or watch the BlockCard being used on youtube: https://www.youtube.com/watch?v=zOJtdPT86QI&t=2s. 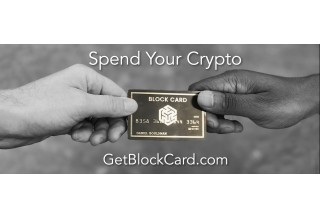 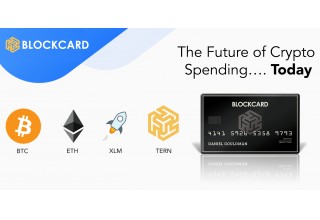 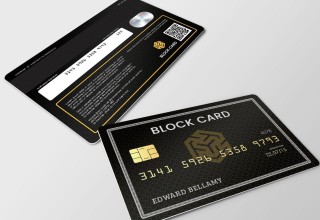 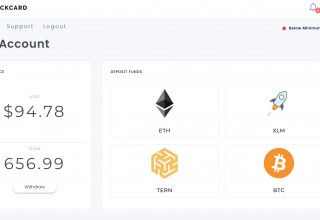 Ternio Cuts Minimum Balance Requirements on BlockCard by 90%
Ternio, the creator of BlockCard, announced today that it is cutting the minimum balance requirements for all BlockCard holders by 90% - effective immediately. Ternio's BlockCard is a major stepping stone in the march towards mass adoption of cryptocurrencies. These reduced fees will lower the entry point for many cryptocurrency enthusiasts.
Ternio - Jan 9, 2020