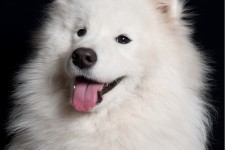 Lockport, Illinois, June 16, 2017 (Newswire.com) - The Samoyed is a beautiful breed of dog and believed to be one of the oldest in the world. People like Teresa Heaver, who is a registered Samoyed breeder and all-around dog lover, want to raise awareness about this breed, encouraging people to choose it as their companion not just for their beautiful lush white coat but also for the typical "Sammy smile" that makes them look so friendly. Teresa Heaver, owner and manager of Kabeara Kennels, has indicated 10 fascinating facts about this particular breed.

1. Most People Mispronounce the Name

The correct pronunciation of “Samoyeds” is actually sammy-eds. They may also be called Nemetskaya Laika, Samoiedskaya Sobaka, or Bjelkier. Common nicknames include Smiley, Sam, and Sammy.

2. It Is One of the Oldest Breeds in the World

There are 14 ancient dog breeds that have the closest genetic footprints to wolves and the Samoyed is one of them. Thus, it is recommended that people only purchase dogs from registered kennels like Kabeara Kennels, where efforts are undertaken to make sure the dog is not over-bred. The dog, which is a native of Siberia, was originally a working dog and quickly became one of the first to become treated as a family member. The first time it came to Europe was towards the end of the 1800s. It was introduced later to the United States in 1906, when it was instantly recognized by the American Kennel Club.

3. They Are Unusually Beautiful

The thick white coat is nothing short of beautiful. The dog also has black or brown almond-shaped eyes, and furry ears that stand fully erect. Teresa Heaver particularly loves the curly tail, which goes down when the dog is comfortable and relaxed. At the Kabeara Kennels, Teresa houses a number of males that stand up to 24" in height, as well as females that are slightly smaller, with a height of up to 21". They all weigh between 50 and 60 pounds on average, which is a healthy weight.

4. Samoyeds Have a Natural Smile

One of the things that attract people to this dog is its trademark smile. The upward corners of the mouth make the dog look very happy. Hence, it is nicknamed "Sammy Smile."

5. They Are Hard to Groom

When people come to Teresa Heaver to purchase a puppy, she always has lengthy conversations with them to make sure they are ready to groom the dog properly. The Sammy sheds a lot of hair and must be brushed frequently, or else its coat will get tangled. The dog also has a double coat, with the thick, short, and soft hairs being in the bottom layer. The outer layer has straight, rough hairs instead, gathering in a ruff around the dog's neck. White with silver tips, cream, yellow, biscuit, and pure white are the usual colors for Samoyeds.

6. It Must Be Loved as a Family Member

This breed is incredibly affectionate and is usually attached to a specific family member. Once this is done, it needs to be with that particular person or else it will cause problems when left alone. Loneliness makes it destructive and depressed. It is smart and affectionate, but also very challenging and Kabeara Kennels prefer not to sell puppies to novice owners because of this. This breed also requires a lot of exercise, including tracking and agility.

7. It Loves Children and Other Dogs

While Samoyeds love fiercely, they are also quite clumsy. Hence, they should not be left unsupervised with small children, as they could accidentally knock them over. However, their overall temperament is quite calm, which makes them great for families who have other dogs.

Another reason why Teresa Heaver prefers to only sell her puppies to experienced dog owners is because this breed is a chewer. If it is left alone or doesn't get enough exercise, it will start getting destructive.

9. They Have Few Health Problems

So long as people get their dogs from registered, high-quality breeders and kennels like Teresa Heaver's Kabeara Kennels, this breed is generally healthy. However, they are purebred, which is always associated with some health problems. Owners must be mindful of cancer, subvalvular aortic stenosis, progressive retinal atrophy, diabetes, hyperthyroidism, hip dysplasia, and glaucoma. Rarely, the dog may develop Samoyed hereditary glomerulopathy, which is a genetic condition that affects the kidneys. A healthy dog of this breed is expected to live for 12 to 15 years, on average.

10. They Are Highly Sensitive to Heat

Lastly, dogs with a coat as luxurious and thick as the Samoyed prefer cold weather. During summer or warmer times, the dog should not be allowed to overexert itself. Rather, it should have scheduled play and exercise sessions when the temperature is at the lowest and it may even require air-conditioned rooms in very warm climates.

Teresa Heaver of Kabeara Samoyeds says "people that have Samoyeds know they make a great addition to their family. They truly are one of the best dog breeds."