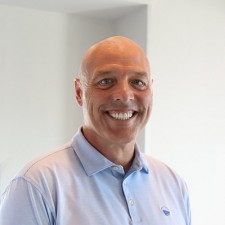 Kennedy comes to Terakeet most recently from RED Strategy Group, where he served as a partner and consultant. In 2014, the sale of Kennedy’s technology company, Crown Partners, to the Publicis Groupe was recognized by the Mergers and Acquisitions Advisors Association as the Strategic Acquisition of the Year. In total, he has been a three-time CEO and founded nine companies.

“Mark was the obvious choice for President of Terakeet. His experience as both a seasoned entrepreneur and global coach to some of the world’s leading companies will bring immediate impact to our organization,” says MacLaren Cummings, CEO and co-founder of Terakeet. “Mark has had the chance to learn about our business and is excited about what we are capable of. We are fired up for the future.”

Kennedy’s immediate responsibilities as president include revenue growth with new and existing clients, leading the executive team, and laying the foundation for scale.

“I joined Terakeet because of the incredible potential of this business and the great team that Mac and Pat have assembled,” says Kennedy. “I’m thrilled and honored to be asked to help lead this great company.”

About Terakeet: Terakeet is an enterprise search engine technology company that leverages 20+ years of expertise to serve global brands. Backed by its best-in-class proprietary technology, Terakeet earns significant organic search engine visibility in highly competitive categories for Fortune 1000 companies and other global brands by applying the perfect mix of on- and off-page optimization, strategic outreach, and content strategy.