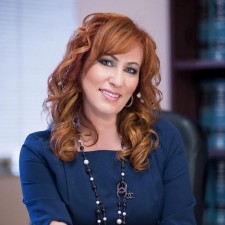 LOS ANGELES, January 16, 2020 (Newswire.com) - Tenina Law, a tax lawyer in Sherman Oaks and the surrounding area, announced that they are ready to assist Californians in dealing with California Assembly Bill 5. This particular bill deals with the distinction between independent contractors and employees.

California Assembly Bill 5 (also known as “AB 5”) was written to reclassify many independent contractors (also known as “gig economy workers”) as employees. The idea behind this was to ensure that independent contractors receive the same rights and safeguards that employees would: rest breaks, unemployment insurance, minimum wage, and similar provisions. However, there are fears that it could lead to higher taxes for the workers as well as set, fixed schedules which could ultimately harm the employees as well as their companies.

“Unfortunately, this terrible bill will hurt employees and business owners. Business owners won’t have much incentive to hire workers who just wanted to do a gig. Additionally, independent contractors may not have to pay much higher taxes than they would have previously. We understand that many workers are concerned about this bill, and unsure how it will affect their taxes. We want workers all across California to know that if they have questions or concerns about AB 5 and their taxes to contact us,” said Igor Goldenshtein of Tenina Law.