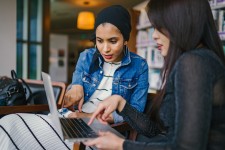 LONDON, February 10, 2020 (Newswire.com) - Peeranha, inspired by Q&A site Quora, has tackled a vulnerability of collaborative Q&A sites. When social websites become insolvent and are deleted from the Internet, people’s hard work goes with them.

The Peeranha team has leveraged the Telos Network to ensure that the information posted on their Q&A platform will never be lost. As long as the Internet exists, so will the content that is posted on the application. Peeranha is a knowledge-sharing website where users can ask and answer questions and earn rewards doing it, meaning that Peeranha not only keeps users’ content safe, it makes sure that contributors get paid for the information they share to the forum.

CTO and Co-Founder Sergey Ilin, said, “Users are not getting the financial reward that they deserve for helping thousands of peers to solve problems in a matter of minutes and saving professionals hours of work every day. We see the future where users and communities own the knowledge and content that they create, and every participant is fairly rewarded for their contributions.”

Peerahna rewards contributors; users can gain or lose points based on actions they take on the site, such as answering questions, suggesting new communities for creation, or having an answer downvoted. The Peeranha team has built its web application by creating smart contracts which record all posted content to the Telos Blockchain, a public, worldwide network of servers that stores the site’s information using distributed ledger technology.

“The Peeranha app is one of the cleanest, most user-friendly applications I have used. The fact that it is on blockchain is quite amazing. Blockchain has never had an application like this,” says Josh James, an artist and blockchain enthusiast. "Best of all, Peeranha is not a theoretical application, it is live and able to be used right now."

The Telos Foundation is a Decentralized Autonomous Organization established as a promotional and funding body to advance the Telos Blockchain Network and provide support to network applications that may not otherwise attract the funding they deserve.

Ecoin Begins Migration of 1.5 Million Users to the Telos Network
Ecoin sets sights on reaching 100 million users, moves to Telos for its leading ease of use, performance and scalability.
Telos Foundation - Apr 27, 2020

Telos and BlockBastards to Bring Unity Games to the Blockchain
New platform Qudo will allow games made with Unity to easily offer token rewards to players and developers.
Telos Foundation - Apr 22, 2020