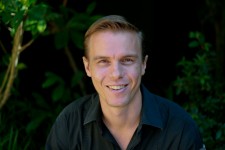 When asked by a journalist with TechNadu what the biggest threat to personal cybersecurity is right now, Hunt indicated it was reusing passwords. He says in the interview, “I think it’s ourselves. The biggest threat we have as individuals is this reusing of passwords. To put this in perspective, what I see time and time again is that people will sign up for lots of different services with the same password, one of them suffers the data breach, and then they start having all of these other services taken over.”

The biggest threat we have as individuals is this reusing of passwords. To put this in perspective, what I see time and time again is that people will sign up for lots of different services with the same password, one of them suffers the data breach, and then they start having all of these other services taken over.

Hunt indicates this can have a domino effect and that once one site is breached all are in jeopardy. Reusing passwords is something common for most people. The risk though is high. Hunt notes in the interview that he has seen people have a breach with an email account and from there it can affect everything from iCloud accounts, losing photos and files, social media accounts and even financial websites like online banking, credit cards and more.

Hunt is behind the website Have I Been Pwned, which allows people to check to see if their credentials were part of any data breaches. It also offers steps to better security. In addition, as the TechNadu interview indicates, Hunt is a Microsoft Most Valuable Professional for Developer Security, a Pluralsight author, and testified before the U.S. Congress on the impact of data breaches.

The interview with TechNadu included several other questions. They touched on privacy, artificial intelligence, broader issues in cybersecurity, and even the security of iPhones versus Android. Hunt and his family primary use iPhones for a number of reasons. In the TechNadu interview, Hunt noted that he recently shared a tweet in which the chief security officer for the DNC Bob Lord was quoted as saying he wants to make sure everyone rolls over to iPhones because of the security. Hunt noted that Lord reasoned that it’s more consistent in terms of how fast updates are provided and being able to run the newest and best operating systems. Hunt agrees with Lord’s assessment.

Hunt says in the interview, “It’s also a lot harder to get lower-level access to device features which you can do on Android, and you’re also a lot less likely to load an app from an unofficial store. So, this sort of security posture really is world-class, and combined with the other factors as well, I’m much more comfortable running iDevices.”

The interview also touched on privacy and security with the Internet of Things. TechNadu asked Hunt if there any type of smart devices he wouldn’t bring into his home for fear of privacy. Hunt said in the interview, “Most smart devices are used by my children. So, I’ve been involved in data breaches before that have involved IoT and one of those data breaches was connected to teddy bears called Cloud Pets. And I saw all of this data collected from children exposed to the internet. I have an increasingly large number of IoT things in my house, but I’m just really selective about what they are and if I actually need them. There’s a lot of rubbish that you simply don’t need and every connected thing does pose some degree of risk.”

The interview provides a wealth of other cybersecurity information and exclusives. To learn more and read the entire interview visit, TechNadu.com.

We are not just a team of writers who report about technology innovations on a daily basis. We are an international team of tech enthusiasts and passionate writers who are building a digital bridge between today’s technology and consumers. As such, we cater to an extensive group of readers. Our content provides helpful information for both inexperienced individuals seeking answers to their IT-related problems, as well as fellow tech enthusiasts who want to learn about the latest technologies and products, before anyone else on the Web. For more information, visit TechNadu.

TechNadu is a News-based website covering, everything tech. It serves more than 1 million pageviews/month with frequent News, Product Reviews, Guides, and other helpful tech-articles.