·       Winner of the Audience Award at the Miteu International Theater Festival, Spain.

·       February 27 to March 15 at Teatro LATEA with performances from Thursday to Sunday; in Spanish with English subtitles.

What happens when the discourse of hate gains political clout? Are we that far removed from living the consequences of such a scenario? These are some of the brutal questions that underlie the New York premiere of “La Construcción Del Muro”, the Costa Rican stage adaptation of Pulitzer and Tony Award winner Robert Schenkkan’s “Building the Wall”, co-produced by Teatro Espressivo and Teatro LATEA.

The play exposes the effects of hatred against immigrants from Central America. What they encounter across the border might be more real than the public cares to accept.

This co-production with Teatro LATEA comes about thanks to a relationship between Espressivo and Nelson Landrieu (1949-2019), the visionary Uruguayan actor/director co-founder of LATEA and The Clemente Soto Vélez Cultural Center.

One voice for Central America

LATEA (Latin American Theater Experiment Associates) is a performing arts theater company that has been a Latino cultural staple for over 30 years. 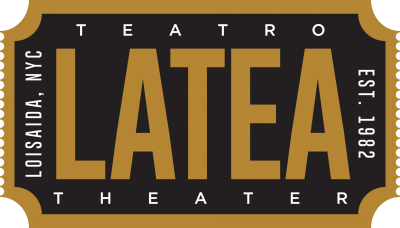