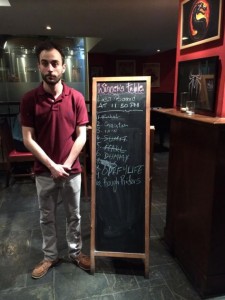 Memphis, Tennessee, July 26, 2017 (Newswire.com) - Memphis resident Andrew Goldstein has always been fascinated by the fraternity and sorority; the characteristics of the organization that they are a member for a lifetime and are always there to support you in a hard time along with celebrating the good times.

The food is delicious, the people are friendly. It had everything I wanted in a city, except a Sigma Chi alumni chapter. When I realized the closest alumni chapter was in Nashville, I felt compelled to find it here."
Andrew Goldstein

Andrew Goldstein moved to Memphis four years ago through Teach For America to teach ninth grade World History at a charter school in South Memphis. “I instantly fell in love with the city,” Goldstein explained. “The food is delicious, the people are friendly. It had everything I wanted in a city, except a Sigma Chi alumni chapter. When I realized the closest alumni chapter was in Nashville, I felt compelled to find it here.”

The Sigma Chi Fraternity has over 300,000 alumni, including celebrities from Hollywood.

Andrew Goldstein is only in the initial phase of founding the new Sigma Chi alumni chapter in Memphis. He has been relentlessly reaching out to Sigma Chi members in the area to generate interest.

“So far I’ve been able to connect with about ten brothers ranging in age from 24 to 63, and I’ve had a really positive reception. I’m very optimistic that this alumni chapter will become a reality.”

Not only does Goldstein have a desire to bring together the brothers of his fraternity in his area, he has the drive to help the students he teaches. That desire is the reason he moved to Memphis for the teaching job he currently has.

The application process to get the position had three grueling rounds - an initial application, phone interview, and finally a five-minute sample lesson and in-person interview.

“It just felt right, Goldstein explains. “I was excited, and little overwhelmed, but in that moment I knew I wanted to teach in Memphis.”

Two days after graduation, he packed up his car and drove west for fourteen hours until he reached the banks of the Mississippi River.

“Teaching over the last four years has been incredibly challenging, but it’s a decision I don’t second-guess for an instant.”

Whether it’s starting the Sigma Chi chapter in his city or molding the minds of America’s future, Andrew Goldstein is making his mark around the city of Memphis.

Also, he has been a supporter of many community-based organizations like Let’s innovate Through Education (LITE), Evergreen Historic District Association, and Tennessee Sheriff’s Association, which works for the betterment of the country. 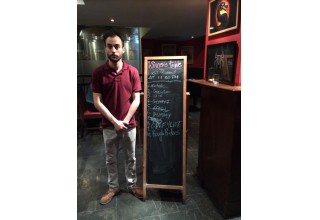 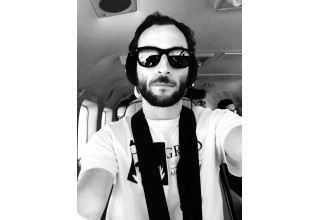