TASSC Statement on Recent Killings, Torture and Violence Against the Ugandan People

The Torture Abolition and Survivors Support Coalition (TASSC) was established to meet the needs of survivors of torture and persecution and to advocate for the prevention of torture and support for its survivors. TASSC provides survivors with an array of services, including social services, counseling, legal representation, workforce development, and advocacy to end torture worldwide.

The government of Uganda has come under serious and much-deserved scrutiny for its widespread human rights violations in recent years. TASSC has turned its attention to these abuses with renewed focus in recent months, having learned from survivors and activists of patterns of arbitrary arrests, torture of political opponents, illegal prisons, inhumane incarceration conditions, and other horrific practices by Ugandan authorities.

However, TASSC is increasingly alarmed at the most recent actions by Ugandan authorities. With national elections imminent and opposition to the current regime growing, the Museveni government is now exploiting the COVID-19 pandemic as a means to silence that opposition. Over the last eight months, it has used pandemic restrictions as a pretext to arrest and torture well-known Ugandan activists and to instill fear in the regular population by brutally beating and even killing its own citizens for engaging in simple street commerce to survive the Ugandan COVID-19 lockdown.

Sadly, these abuses have only grown worse. The government's use of the pandemic as a pretext for oppression has exploded in the last two weeks. On Nov. 3, authorities arrested two prospective presidential candidates, Bobi Wine and Patrick Amuriat, as they attempted to register their candidacies, purportedly because supporters who gathered to support them exceeded Uganda's pandemic crowd size limits. During his arrest, Bobi Wine was temporarily blinded by the police.

In the last week, Ugandan authorities have unleashed a new wave of political oppression and violence, again using the pandemic as a pretext for human rights violations. Although the ruling regime has held its own large campaign events, on November 18, Bobi Wine was again arrested and detained after a rally of supporters, ostensibly for breaching COVID-19 crowd size rules. In response to Wine's arrest, supporters held protests in Uganda's capital Kampala and other cities. Later, Uganda's Security Minister defended the carnage, telling the protestors that: "police have a right to shoot you and you die for nothing."

Unless the international community takes action to condemn and deter the government's brazen human rights violations, the violence will only worsen. TASSC is eager to provide further evidence of these abuses with those who share our concerns.

The Torture Abolition and Survivors Support Coalition (TASSC) International was established to meet the needs of survivors of torture and persecution and to advocate for the prevention of torture and support for its survivors. 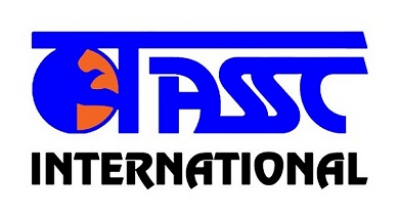