Working To Make The World A Better Place Through Better Leaders. 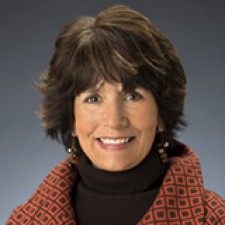 Greenwood Village, CO, October 6, 2016 (Newswire.com) - Tammy Berberick, President & CEO of Crestcom International, was named a Finalist in the Female Executive of the Year – Business Services category in the 13th annual Stevie® Awards for Women in Business, and will ultimately be a Gold, Silver, or Bronze Stevie Award winner in the program.

The Stevie Awards for Women in Business honor women executives, entrepreneurs, employees and the companies they run – worldwide.  The Stevie Awards have been hailed as the world’s premier business awards.

"I truly believe that, through our work, Crestcom is helping to make a big impact on making the world a better place through better leaders."

Gold, Silver and Bronze Stevie Award winners will be announced during a gala event at the Marriott Marquis Hotel in New York on Friday, November 18.  Nominated women executives and entrepreneurs from the U.S.A and several other countries are expected to attend.   The event will be broadcast on Livestream and the pre-show from the red carpet will be streamed on the Stevie Awards’ Facebook feed.

Tammy Berberick is an accomplished leader with a track record of developing and leading transformational change within organizations. As CEO of Crestcom International, Tammy works diligently to make the world a better place through better leaders by providing interactive, results-based leadership development to companies, government agencies, and nonprofits around the world.

Finalists were chosen by more than 110 business professionals worldwide during preliminary judging.  Members of five final judging committees will determine the Gold, Silver, and Bronze Stevie Award placements from among the Finalists during final judging October 17-26.

“In the 13th year of the Stevie Awards for Women in Business, the judges were very impressed with the quality of each nomination that qualified as a Stevie Finalist. The competition has grown each year because there are so many high-achieving women all over the world, who serve as an inspiration to those who would like to start, grow or lead a business,” said Michael Gallagher, founder and president of the Stevie Awards.  “We’re looking forward to recognizing these outstanding women in New York on November 18.”

"I am honored to be nominated and selected as a Finalist for this prestigious​ business award," says Tammy. "I truly believe that, through our work, Crestcom is helping to make a big impact on making the world a better place through better leaders."

Crestcom is an international leadership development organization with a mission is to make the world a better place through better leaders. Operating in over 60 countries around the world, Crestcom works with leaders and managers of companies large and small, government agencies, and nonprofit organizations to improve critical leadership and management skills that impact productivity and performance. Through a combination of interactive, shared learning class experiences, online content, measurable action plans, and structured accountability coaching sessions, participants in Crestcom’s leadership development program report improved efficiency and productivity that translates to real, bottom-line results for the organizations they lead. Learn more at www.crestcomleadership.com.

Crestcom International provides leadership development and sales training to companies and organizations of all sizes around the globe through interactive learning experiences, accountability, and measured development.