Tamica Goree Is Inspiring Players On and Off the Basketball Court 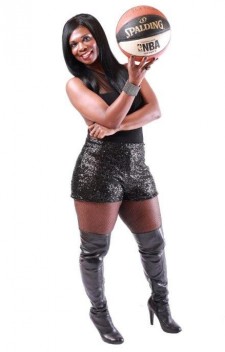 AVONDALE, Ariz., December 12, 2017 (Newswire.com) - Leadership is an ability born within an athlete. It's not something that can be taught or learned over years of playing. The player either expresses leadership tendencies or relies on other players for motivation at times. This ability has never been an issue for Tamica Goree on the basketball court.

Before turning her attention to coaching and mentoring young players, Goree excelled on the court as a star point guard. She attended Indiana State University and performed well. Goree became one of the conference's top ball handlers, but also a leader for the team.

If you don't have the grades, you don't play. No matter how good you are, if you cannot focus on studies, colleges won't want you.
Tamica Goree

"Leading by example is very contagious," says Goree. "Hustling on and off the court, coming to shoot early; these are just a few things a leader does."

Leader On The Court To Leader Off The Court

The former NCAA basketball star attributes her success on the court to mental toughness. Playing at a high level against some of the top athletes in the world can be draining. But not for Goree.

"I loved facing adversary and competition on any basketball level," says Goree. "To overcome a tough opponent or reach personal goals is what drove me on the court."

After years of playing, Goree is turning her focus to another level. That's coaching and mentoring young players. She has instilled her mental toughness and focus on preparing athletes for the next level.

While many coaches and around the country only worry about how the player performs on the court, Goree makes sure other vital factors are stressed.

"Grades. It's as simple as that," proclaims Goree. "If you don't have the grades, you don't play. No matter how good you are, if you cannot focus on studies, colleges won't want you."

Also, many athletes who turn to Goree for guidance on and off the court are competing for scholarships. In the age of the internet where highlight videos are easily made, the competition is fierce. Goree has had to adapt quickly to the ever-changing landscape.

"I've had to learn the new technology to keep up," says Goree. "Back when I started playing, there were no video websites. We had to record our games on VCR and edit on several tapes. It's incredible how effective this new technology can help get their names out."

Goree's list of players she develops grows each year. Her name has been talked about by many coaches in the area as the premier mentor.

Players who are entering their sophomore year in high school are prime for assistance and guidance. The process is long, and when the player is entering their senior year, they should be reaching out to colleges.

Goree mentions that the high school years go by fast, and if a player isn't prepared to do the necessary work to get noticed, time will pass by quick.

Another aspect Goree teaches about is potential stardom. Players who are successful on the court will gain local and national media attention. Sometimes the focus can get to a player's head and throw off their game.

"Friends, family, and the media will want a piece of them all at the same time," explains Tamica Goree. "I tell them repeatedly that they need to learn how to tamper these expectations and focus on the task at hand."

High school coaches around the area glow about Goree's methods and classroom like teachings. Of course, Goree also is an active teacher on the court when working one-on-one.

"Finally, when all the classroom work and mentoring done for the day, then we head to the court," says Goree. "These players have the talent; that's why they are looking to improve all aspects of their life and game. But teaching him the necessary mental preparations will stick with them for a lifetime."