System Blue Welcomes the Erie Thunderbirds to the Family 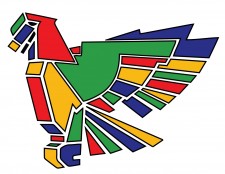 Designed for speed and agility, the System Blue drums are lightweight and easier on the hands. Performers can play for longer periods of time with less fatigue. Given that the drums are approximately 30% lighter overall, the Erie Thunderbirds will be able to easily maneuver drill as well as perform at a higher level.

“We are excited to perform on System Blue drums,” says Vincent Lucente, Percussion Caption Head for The Erie Thunderbirds, “the drums sound incredible and open up many possibilities for pushing the limits of our program and design potential.”

In 2016, the Thunderbirds celebrated their 60th anniversary. The Thunderbirds completed their second season back on the competitive field, participating in both SDCA and DCA. The Erie Thunderbirds broke the corps best score in the history of the corps in Prelims and also made history by making DCA Finals for the first time since 1981.

System Blue looks forward to the journey with the Erie Thunderbirds and their future performances on the Professional Marching Drums.