Sustainable Solution to Crime, Drugs and Corruption in the Philippines

Entrepreneur awarded for his community spirit and the positive change he is accomplishing in the Philippines.

Bayanihan is a term that refers to the spirit of communal unity, work and cooperation to achieve a particular goal — an apt description of Perez de Tagle, his philosophy and actions.

Perez de Tagle has spent the last several years working with the Philippine National Police, the Department of National Defense, local governments, churches and community organizations to tackle the problems of crime, drugs and corruption.

He has trained thousands within the ranks of these organizations to spread moral values among their members and into the community. The focal point of the program centers around The Way to Happiness, a common-sense guide to ethics and values.

The nonreligious and nonpolitical book includes 21 key principles that address these urgent problems. These include: not taking harmful drugs, not doing anything illegal, treating others as you would like to be treated and taking care of the environment.

Perez de Tagle also spoke about his project at the Fil-Am Chamber of Commerce Southbay Networking meeting on Aug. 6 and showed how these same programs can be used locally to help the 350,000 Filipinos living in Los Angeles.

Jorge “Jerry” Perez de Tagle, who lives in the U.S. and the Philippines, is an author and change management consultant for the private and public sector. He taught at Syracuse University, New York and has his Ph.D. in Social Change, Honoris Causa, and is a Ph.D. Candidate in Organization Development. He was one of the 10 Outstanding Entrepreneurs in 2009 and is now the National Chairman of The Way to Happiness Philippines Foundation, and is the Vice President for Global Outreach & International Relations with the U.S. Federation of Philippines American Chambers of Commerce and is a columnist for Inquirer.net. He can be reached at Viber (310) 962-4808, Jerry@TheWayToHappinessPhilippines.org.

For information in Los Angeles, contact The Way to Happiness Foundation International, info@twth.org or (818) 254-0600. 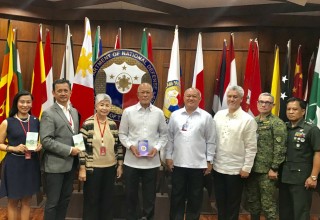 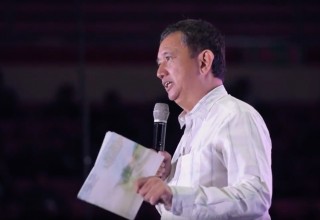 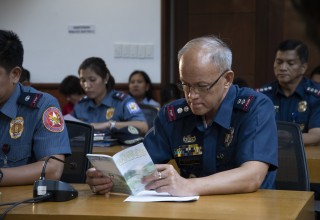 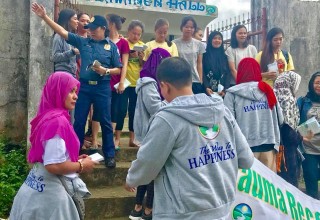