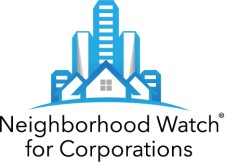 ANN ARBOR, Mich., February 13, 2018 (Newswire.com) - A vital aspect of tackling the serious problem of sexual harassment in the workplace is ensuring that staff are aware of and have readily available effective channels to report such incidents. According to a Neighborhood Watch® for Corporations (wwww.nwfcapp.com) survey, however, 35 percent of those who personally experienced sexual harassment on the job were not aware of or had no employer-provided training about how to report it at the time of the incident. Twenty-six percent (26 percent) of respondents either had no option available or were not aware of how to report the incident.

* The anonymous survey was conducted online from a representative sample of 400 U.S.-based employees over 18 years of age from the Telecommunications, Finance, Insurance, Health Care, Information Services and Utilities sectors who personally experienced at least one instance of sexual harassment in the workplace.

When asked about their decision regarding whether or not to report job-related sexual harassment, respondents said that concerns about anonymity (82 percent), retaliation (84 percent), accessibility of an impersonal reporting tool such as an app or hotline (85 percent) or trusted manager (86 percent) were very important. The single-biggest factor, with 89 percent responding it was very or vitally important, was a personal expectation about whether or not someone would respond to their report.

While there have been significant advances in employee training methods in recent years, much less attention has been given to ensuring that reporting methods keep pace with employee expectations. The survey indicated an appetite for more modern reporting tools:

● Eighty-five percent responded that availability of an impersonal reporting method was an important factor in making a decision on whether or not to report an incident.

● Only five percent of survey participants reported that an app hosted by a third party which allows users the choice of being anonymous was available at the time of the incident.

● Those surveyed were 58 percent more likely to report an incident of sexual harassment via an anonymous and guided app experience. Ninety-one percent responded that they were likely to return to the app to provide additional information or respond to questions as long as they could choose to remain anonymous, if desired.

"This research confirms that employees feel underserved by the existing, increasingly outdated mix of hotlines, forms and departmental emails," Scott LaVictor, CEO at Neighborhood Watch® for Corporations says. "The good news for those who believe we can and must do more to improve reporting methods is that we now have available the ability to provide employees an impersonal reporting channel that is more accessible, meaningful and effective."

Neighborhood Watch® for Corporations (NWFC™) uses machine intelligence to mimic an expert interview regarding workplace concerns via a platform that combines a mobile app, desktop app and telephone hotline that enables anonymous, two-way communication. Details on this survey or how NWFC™ can help increase employee engagement, uncover more actionable details and reduce the serious impact of workplace incidents can be found at www.nwfcapp.com or via hello@arborinsight.com.

Survey results are Copyright ©2018 by Arbor Insight LLC. All Rights Reserved. The material presented herein is intended to be available for public use. You may reproduce the content of the survey in any format or medium without first obtaining permission, subject to the following requirements: (1) the material must be reproduced accurately and not in a misleading manner; (2) any publication or issuance of any part of the material to others must acknowledge Neighborhood Watch® for Corporations as the source of the material; and (3) you may not receive any monetary consideration for reproducing, displaying, disclosing or otherwise using any part of the material.

Neighborhood Watch® for Corporations is an employee communication platform that combines mobile and A.I. to increase engagement, uncover actionable reporting and reduce costs related to safety, security, ethics and compliance issues in the workplace. 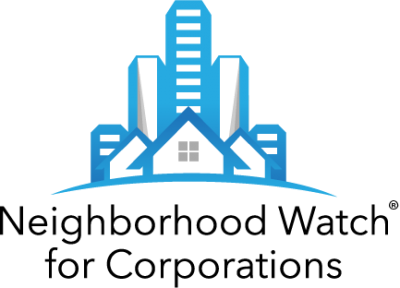 BDP International Named as One of the World's Most Ethical Companies by Ethisphere® Institute
Arbor Insight, LLC - Mar 19, 2019
Newswire