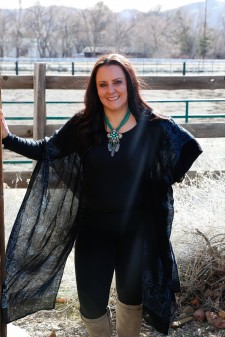 CARSON CITY, Nev., June 12, 2019 (Newswire.com) - In the 2019 Nevada Legislative Session, Kimberly Surratt, family attorney and principal of Surratt Law Practice, requested a bill to prevent insurance companies from discriminating against surrogates. The bill passed both houses of the Legislature unanimously and beginning Jan 1, 2020, insurance companies in Nevada can no longer discriminate against a woman for acting as a gestational carrier (aka surrogate) when it comes to health insurance.

The new law provides that an insurer offering or issuing health insurance in Nevada, including coverage for maternity care, shall not deny, limit or seek reimbursement for maternity care because the insured is acting as a gestational carrier.

Ms. Surratt asked the Nevada Legislature to help assure that an insurer may not decline coverage of routine maternity services because the insured woman is acting as a surrogate for another family. Ms. Surratt testified that Nevada went from one of the most progressive states for reproductive law to a state with more challenges because of the limited insurance options. During the process, Sarah Paige of ART Risk Financial & Insurance Solutions was enlisted to provide expert testimony on the issue of the lack of available policies in Nevada.

Aside from providing coverage, the new law also states that an insurer cannot seek reimbursement for maternity care provided to an insured acting as a surrogate. In other words, insurers cannot rely on subrogation or a lien on the surrogate or the intended parents to circumvent the intent of the statute by going after a surrogate’s compensation.

Unfortunately, the law does not require an insurer to cover reproductive technology, such as in vitro fertilization, only the costs of prenatal care and delivery equally to any woman who is pregnant whether she is carrying her own child or another family’s child.