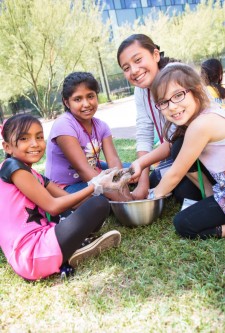 LAGUNA BEACH, Calif., November 27, 2017 (Newswire.com) - With a little over one week left in its #challengethesySTEM campaign, Project Scientist is looking for donors to help reach its $30,000 goal by Dec. 6, which makes #GivingTuesday a perfect opportunity to support the nonprofit with the mission to educate, coach, and advocate for girls and women with an aptitude, talent, and passion for STEM.

The #challengethesySTEM campaign is focused on supporting more girls in STEM from economically disadvantaged families. Project Scientist serves thousands of girls every year through the non-profit’s Summer Academy on university campuses and through year-round STEM Expeditions in California and North Carolina.

“Over 90 percent of women in STEM report experiencing gender-bias in addition to having a shortage of female role models,” said Sandy Marshall, founder of Project Scientist. “We hope you will join Project Scientist’s campaign to #challengethesySTEM by helping to provide opportunities for our future scientists from low-income families to participate in our year-round programming in California and North Carolina. Redefining what it means to be a woman in STEM begins now!”

Google Fiber Orange County pledged to match donations from #GivingTuesday through the end of the campaign up to $5,000 in funds. Currently, Project Scientist has raised $16,550 toward its $30,000 goal.

“By 2020, there will be 1.4 million new jobs in technology, and women are only slated to fill 3 percent,” said Marshall. “Increasing opportunities for women, especially minority women, in these fields is an important step towards realizing greater economic success and equality for women universally.”

#GivingTuesday is a global day of giving where many support nonprofits in their local communities.  The initiative is entering its sixth year and celebrates philanthropic efforts and giving back.

Donations can be made at the campaign homepage: www.challengethesySTEM.com or at www.ProjectScientist.org/Donate.

Founded/established in 2011, the mission of Project Scientist is to educate, coach, and advocate for girls and women with an aptitude, talent, and passion for STEM. Through engagement of top STEM companies, universities, teachers and hands-on curriculum, Project Scientist Summer Academy attendees discover opportunities available to them in STEM. The need for Project Scientist was based off research that shows girls with a high skill, aptitude, and talent for STEM subjects are not currently served or identified at a young age. Founder Sandy Marshall of Laguna Beach, California created Project Scientist to change the world’s view of “who” a scientist is and “what” a scientist does. Project Scientist partners with Harvard University and the University of North Carolina Charlotte to research its educational model and to validate the impact that camp programs are having on those who attend. http://www.projectscientist.org 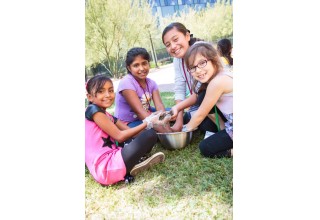 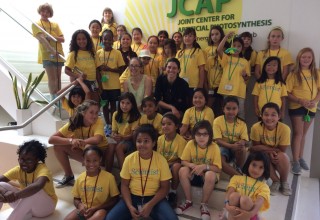 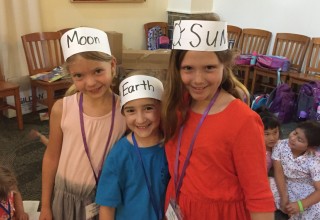 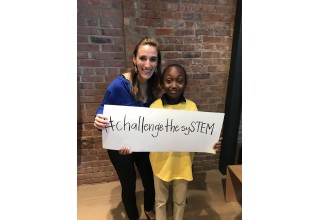 Project Scientist is a non-profit who's mission is to educate, coach, and advocate for girls ages four to 12 with an aptitude, talent, and passion for STEM through offering engaging Summer Academy camps and expeditions to STEM companies.