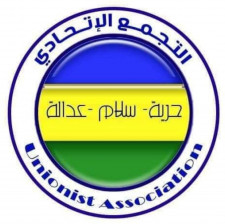 The Unionist Alliance, a founding member of Sudan's civilian government led by Prime Minister Abdalla Hamdok, unequivocally condemns the military takeover that took place today in Sudan. The Chairman of Sudan's Sovereign Counsel General Abdel Fattah al-Burhan, who chose to lead a coup against his own transitional government partners, is responsible for the crisis he put his country in.

The Unionist Alliance is solidly committed to the civilian-led democratic transition in Sudan and believes that the will of the free and brave people of the country will surely prevail in the end.

Let's unite and call upon Sudan's partners, led by the United States, and the free people of the world, to condemn the coup and support the government of Prime Minister Hamdok in its heroic efforts to transition the county to civilian rule.