Submerging the World Virtually on a Tropical Reef

GEORGE TOWN, Cayman Islands, April 10, 2018 (Newswire.com) - WildEarth Media has launched a pioneering new SCUBA show called diveLIVE, aimed at connecting people across the planet with the ocean. diveLIVE is a daily LIVE interactive diving safari, hosted by marine biologists from under the ocean, directly onto the Internet. WildEarth, the producers of the long-running and popular expert-hosted LIVE show, safariLIVE, launched a Kickstarter Campaign on 3 April 2018 to underpin the proof-of-concept (Phase 1) of this new show and a growing swell of support has already been received as supporters from all over the world surf this innovative wave! Just a week into the 25-day campaign, over 40% of the $60,000 target has already been raised as the concept gains traction.

The premise of the show is to virtually submerge viewers on paradisaical tropical reefs, starting with the world-famous Grand Cayman Island in the Caribbean. This ecosystem supports an abundance of vibrant and exciting sea life and is considered to be one of the best diving sites in the world. Questions can be addressed to the presenters of the show - ocean experts and marine biologists - by anyone, anywhere in the world, and they will be answered in real time from under the water.

We hope to pool the passion that the entire diving community has for the ocean with our own, and with that of other eco-minded communities so that diveLIVE has a real chance of inspiring appreciation for the underwater world in the far-flung corners of the planet.

In just the short time since the campaign has launched, the diveLIVE team have already performed three test dives in Grand Cayman and broadcast these live onto several partner pages including that of PADI (Professional Association of Diving Instructors®), the world’s largest recreational diver training organisation. These dives have been a huge success with over 60,000 people experiencing the SCUBA environment virtually, thanks to the development work done by WildEarth’s technical team members who have been preparing and customising technology for some months.

These unique broadcasts from below the surface are made possible through innovatively combining and adapting various technologies. The presenter-diver will wear a full-face dive mask so he can talk while diving, while the camera operator carries a second dive cylinder equipped with a full two-way video and audio streaming kit. A bespoke communications set-up will allow the diver to communicate with the narrator and control center at the surface and through them with the viewing public. The diver and camera operator are connected to the surface through an armoured umbilical that houses over a dozen fiber optic cables that carry the various data streams to and from the surface. For boat dives, a stabilised broadcast link with the shore then connects the underwater team with the internet to get the questions flowing.

WildEarth’s mission is to connect people with nature in a manner that encourages a deeper appreciation for the natural environment and will see the world’s oceans better conserved in the future. Graham Wallington, co-founder of WildEarth, says that “We have large and vibrant Youtube and Facebook communities with over 100,000 subscribers each. These communities are made up of like-minded individuals who are extremely passionate in the way that they engage with us and we have received so much positive feedback over the years about how people's’ lives have been impacted by their experience of nature through the lens of virtual tourism we provide.” Wallington also asserts that “many people who are sick or depressed write to us and tell us that they feel better because of their experiences in nature”.

WildEarth’s mission of exposing people around the world to the wonders of nature extends to the school environment too and everyday students across the globe are included amongst those logging in to ask experts questions about the wildlife they are watching LIVE. “Our school's programme is something we’re very proud of”, says Emily Wallington, co-founder of WildEarth, “and diveLIVE, like safariLIVE before it, will also give children across the world an opportunity to connect with the natural world and have their questions answered while they experience it. This has a profound impact on the kids, who are the future custodians of the planet.”

The Kickstarter Campaign gives all ocean-lovers an opportunity to get involved in sharing the marine world with everyone across the globe. “We hope to pool the passion that the entire diving community has for the ocean with our own, and with that of other eco-minded communities, so that diveLIVE has a real chance of inspiring appreciation for the underwater world in the far-flung corners of the planet,” says Graham Wallington, “and we really want people to join us on this mission right from the very beginning to help shape what diveLIVE looks like and get a front row seat on this world-first adventure from the moment we launch.”

WildEarth is offering rewards to anyone who joins in on the journey, including the opportunity to be part of the private beta test transmissions before public broadcasts begin and access to the VIP virtual premier party. “The greatest reward of all,” suggests Emily Wallington, “is the chance to help tell the story of our oceans and inspire the world to care more about them.”

Executive summary: Let’s connect everyone anywhere in the world with our oceans! Join the diveLIVE community and submerge virtually on LIVE interactive marine safaris where you get to be immersed in the blue wilderness and experience it as if you were actually there. Talk to experts while they swim on tropical reefs and they reply to your questions from under the water. We believe that if we can get people to fall in love with our oceans, we will all be better at conserving them. And all you need is an internet connection and a sense of adventure!

About WildEarth: Established in 2006 by Graham and Emily Wallington, WildEarth pioneers virtual tourism in unique wilderness areas. WildEarth prides itself on offering authentic viewer entertainment while delivering high-quality educational content in a non-invasive, ecologically sensitive manner. WildEarth has a legacy of developing new technologies and customising camera rigs to deliver LIVE content to the global community. Some milestones include the very first LIVE daily 3D safari broadcast with a self-developed camera set-up; following the daily lives of different families of meerkats with a self-developed meerkat eye-level camera rig and streaming this live; the very first LIVE broadcast of the birth of a wild black bear baby from inside a den; and in-air filming and LIVE streaming of migrating whooping cranes. The award-winning safariLIVE was launched in 2007 taking social engagement to new levels. Nature-lovers, including school children, hop onto the largest virtual safari vehicle in the world, from the comfort of their own homes or schools, and join other like-minded wildlife enthusiasts in the search for Africa’s most iconic animals. In a unique broadcast offering, viewers are able to send questions LIVE via Twitter and the safari guides answer these questions, addressing viewers by name in real time. Currently operating from South Africa and Kenya, WildEarth delivers six hours of online broadcasting every day and has provided over 100 hours of National Geographic primetime television to date. 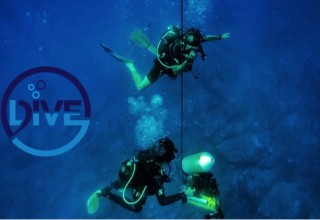