Sub-Saharan Middle Class Worth Over $400 Million per Day 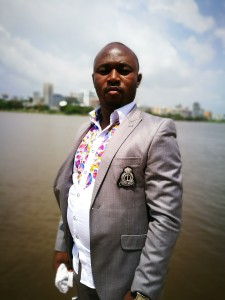 Cape Town, South Africa, June 1, 2017 (Newswire.com) - A groundbreaking study on the world’s fastest-growing middle class, by the University of Cape Town Unilever Institute and research house Ipsos, estimates that the Sub-Saharan African middle class now consists of over 100 million people (excluding South Africa) with an aggregate spending power of over $400 million per day.

Titled African Lions, the study is arguably the most comprehensive to date into middle class consumer behaviour on the continent; the research spanned ten cities and took nearly two years to complete.

"With economies like Ethiopia growing by over 9% annually, there is a lot of interest in the emerging consumer classes on the continent. There have already been a number of reports about the Sub-Saharan middle class, but estimates of the size and spending power vary hugely, largely because there is no single definition of what constitutes middle class," said Paul Egan, acting Director of the UCT Unilever Institute.

Perhaps the most quoted study is that produced by the African Development Bank in 2011, which reported that 1 in 3 Africans is middle class. This study defined middle class as anyone earning between $2 to $20 per day.

The UCT Unilever Institute/Ipsos study defined middle class as anyone earning over $4 per day and less than $70. A further filter was added to also exclude those with minimal or no disposable income. Using this definition, around 60% of the people living in the ten cities included as part of the study would be classed as middle class. The proportions varied across cities. Lagos was home to the highest proportion of middle class at 68% and Nairobi (which is also home to one of the continent’s largest slums) the lowest at 49%.

With an average income of $12 per day and an average household income of $17 per day, the Sub-Saharan middle class survive on incomes much lower than seen in the developed world. Furthermore, only a third of the middle class had a full-time job. Therefore, the proportion of people who are able to rely on one monthly salary is also relatively low, which means most incomes (likely tied to the informal sector) are likely to be constantly fluctuating from month to month.

A common factor binding middle classes across the continent was the preparedness to embrace entrepreneurship. Even those individuals who hold down jobs are often likely to also be running businesses on the side. Indeed, starting one’s own business was seen as the best route to improving one’s circumstances.

An increasingly important enabler is the cellphone. 77% of middle-class respondents had access to a smartphone and over 80% accessed the internet via their smartphone. Nearly half regularly used Facebook. The smartphone has become the tool of doing business, from promoting and selling products to building networks and, in many parts, to transacting. 4.5% of Kenya’s GDP went through MPesa last year.

Many in the middle class are faced with daily challenges created by infrastructure deficits. For example, 80% of people in Lagos had a generator, due to an intermittent electricity supply, whilst in many parts, water had to be purchased from tankers. Only 20% of households have hot running water in the house and less than half had a built-in kitchen sink. Despite this, the middle class is optimistic about the future and expects their material conditions to improve over the next five years.

Although there has been a rapid expansion of formal retail (e.g., supermarkets), the informal sector still remains dominant in most parts, although nearly half of the middle class say they frequent supermarkets on a regular basis.

"The United Nations forecasts that the Sub-Saharan African population is set to explode over the coming years, a phenomenon which economists refer to as the demographic dividend. Combine this with a number of economies growing at a rapid pace, we can expect the burgeoning consumer class in sub-Saharan Africa to keep growing both in terms of numbers and spending power," says Paul Egan, Acting Director of the UCT Unilever Institute.