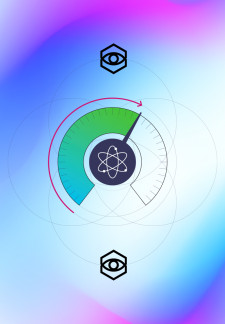 Strangeworks's and IBM's relationship began in July of 2021 with the availability of quantum backends of IBM's Open Plan to Strangeworks users. During the IBM Quantum Summit in November of 2021, Strangeworks joined IBM on stage for their announcement of the expansion of Qiskit Runtime consumption pricing to IBM Cloud. Strangeworks is proud to continue its relationship with IBM by becoming an IBM Embedded Solutions Partner for IBM Cloud access with pay-as-you-go billing for 27-qubit quantum computers.

This collaboration allows Strangeworks customers to focus on their work instead of cloud management and provides access to industry-leading quantum devices with the added flexibility of paying only for resources used. Strangeworks customers can now seamlessly use IBM's higher qubit count quantum computers as backends in combination with Strangeworks services that are supported by the IBM machines.

An additional benefit of having the service available through IBM Cloud is that it opens the door to Strangeworks' ecosystem partners building on top of the Qiskit Runtime API and using IBM Cloud's user-management, billing, and additional ready-made infrastructure.

"We've always seen the consumption model as the winner in quantum computing pricing models," said William Hurley, CEO of Strangeworks. "We are thrilled to support IBM's commitment to this offering, and are excited at the potential of what this new model will open up to Strangeworks' own ecosystem and community."

Qiskit Runtime includes the launch of two primitives, which optimize how code gets sent to the quantum computer: Sampler and Estimator. Sampler generates quasi-probabilities by sampling quantum circuits and Estimator calculates expectation values of quantum operators.

Headquartered in Austin, Texas, Strangeworks is a group of experienced serial entrepreneurs, enterprise software developers, and quantum physicists who seek to humanize quantum computing and make it accessible to everyone. By guiding companies through the confusion of quantum computing, Strangeworks helps accelerate the integration of this new technology in corporations, universities, and enterprises.

To learn more about how Strangeworks can accelerate your quantum journey, visit https://strangeworks.com or start learning for free on Strangeworks QC™, available at https://quantumcomputing.com.