Helen Bousquet died while in an unmonitored recovery room following knee surgery at Holy Family Hospital in Methuen, Massachusetts in 2012.

LAWRENCE, Mass., October 1, 2018 (Newswire.com) - A jury in the Essex County Superior Court in Lawrence, Massachusetts found that a Steward Health Care owned Holy Family Hospital nurse was negligent in her care of Helen Marie Bousquet on Monday, Sept. 17. The lawsuit was initiated by her son, singer Brian Evans.

Bousquet, 62, died following knee surgery at the Methuen, Massachusetts hospital. One named defendant settled prior to the trial.

"The health care in this country is atrocious," says Evans. "It doesn't matter what health insurance you have if the hospitals are terrible," he says.

According to a recent John Hopkins University study, over 250,000 Americans die a year due to medical errors. Evans began a campaign to bring attention to Sleep Apnea immediately following her passing. 39 United States governors have issued Sleep Apnea Awareness Proclamations, many mentioning Ms. Bousquet by name despite her never having visited most of the states in her life time. Evans believes she should have never been cleared for the surgery in the first place.

Evans, who was the opening act for Joan Rivers, who also died from negligence in a hospital, ran for Congress in Hawaii to bring attention to Sleep Apnea and medical errors. He won the primary in the state of Hawaii in August.

"My mother gave her life to me and supported me like no other. I am glad that the jury came back and provided my mother with justice, and so that everyone who tried to make me look crazy over this for suing now know I wasn't. The first sign of Sleep Apnea is snoring. Don't nudge your loved one, bring them to a doctor. To you, snoring is annoying. To them, they could be dying."

”You get one mother. This one is mine and they will remember her name,” concludes Evans.

The Physician-Patient Alliance for Health & Safety has created The Helen Marie Bousquet Fund in her honor. http://www.ppahs.org/sleep-apnea-patients-death-was-preventable

For more case information: Mark Andrew Biltz 808-276-1151 or via email at mark@brianevans.com 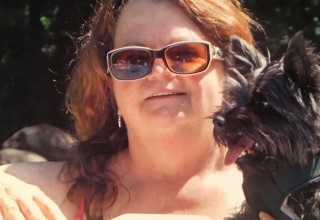