Steven Hickerson Announces His Latest, Soul-Nourishing Single 'Belongs to You' 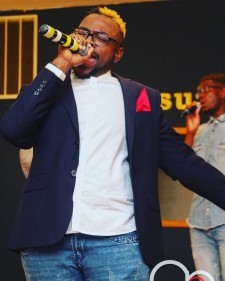 ATLANTA, October 2, 2019 (Newswire.com) - Steven Hickerson announces his long-awaited single “Belongs to You,” bringing a new, soulful sound to fans with the upcoming release of his debut EP “New Season.” The forthcoming majestic record, by Steven's own record label Gospel Renaissance Muzik Group, is about to hit the stage on all media streaming platforms and is set to be released on Oct. 22, 2019.

The highly anticipated song “Belongs to You” by Steven Hickerson and produced by Jonathan Jackson is all that people need to reset their faith and refresh their souls. The hot single was greatly appreciated and well-received in the entire community.

With his God-gifted voice, Steven Hickerson has been rewarded with the title of Minister of Music. Steven’s fans and listeners call him a vocal chameleon. Gospel Renaissance Muzik Group proudly announces the appealing blend of gospel, inspirational and worship music in the voice of Steven Hickerson.

Starting his career from his hometown of New Orleans, Louisiana, Steven made his mark and garnered multiple awards and honorable titles as a singer, musician, choir director, composer, and writer. Through the ups and downs of his career, Steven made it to a Hollywood movie and working with several world-class producers, such as Chanz Parkman. Chanz and Steven started to produce and write his first EP and they began recording in January 2019.

Steven Clark Hickerson’s first single "Reset" was successful enough to make an appearance in radio plays and reached thousands of loyal listeners in 2017. Gospel Renaissance Muzik Group was founded in 2018 and now features the very first EP by Steven Hickerson. Join him and refresh individual faith with the beautiful melody by Steven Hickerson.

1 PETER 5:10 "But the God of all grace, who hath called us unto his eternal glory by Christ Jesus, after that ye have suffered a while, make you perfect, stablish, strengthen, settle you."