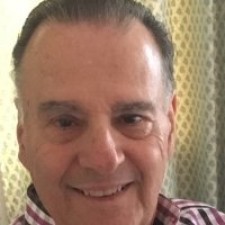 LOS ANGELES, September 15, 2017 (Newswire.com) - In June 2017, Stephen Koppekin helped organize the 38th Annual Motion Picture & Television Fund (MPTF) Heartbeat of Hollywood Golf Classic. The MPTF supports our entertainment community in living and aging well, with dignity and purpose, and in helping each other in times of need. The Heartbeat of Hollywood routinely raises about half a million dollars every year in support of that goal which helps to fund a wide range of programs — from counseling services to assisted living opportunities — that help people behind the big and small screen alike to “take care of their own.”

Stephen Koppekin serves on the MPTF’s Heartbeat of Hollywood Golf Tournament Committee, so he plays a role in the successful organization and execution of a fundraising event with a history that spans more than three decades. In addition to his contributions as a volunteer, Stephen also supports MPTF and the Heartbeat of Hollywood through a series of donations.

It's an honor to work on the Heartbeat of Hollywood. The MPTF and events like this help the film industry to double as a film community, and I've been proud to support such a worthy cause and the worthy individuals that it serves.

“It’s an honor to work on the Heartbeat of Hollywood,” Stephen said. “The MPTF and events like this help the film industry to double as a film community, and I’ve been proud to support such a worthy cause and the worthy individuals that it serves.”

Volunteering with the MPTF allows Stephen Koppekin to combine his professional interests with his philanthropic passions. As an executive in charge of labor relations for a network and studio and currently continues in his consulting practices, Stephen negotiated deals and instituted policies to benefit the men and women who bring movies and TV to life. Now, as a volunteer with the MPTF and Heartbeat of Hollywood, he continues to be an advocate for all members of the film and television industry and work toward a bright future for each of them.

While official figures for the 2017 Heartbeat of Hollywood are not yet available, for additional information, please visit MPTF.com.

About Stephen Koppekin: Stephen Koppekin is a labor and industrial relations expert. He is the founder and president of Koppekin Consulting, Inc., a firm that excels in providing small to mid-size businesses across the nation with solutions to labor and employment problems, such as negotiating contracts and collective bargaining agreements, navigating the unionization process, handling grievances, and all manner of employment issues. He brings more than 45 years of experience in labor relations to this role. Stephen Koppekin lives in Los Angeles, CA.