Stefan Rose, M.D., Are You Being Prosecuted Because of Your Intestines?

The reliability and accuracy of blood alcohol testing continues to be a highly debated issue. Dr. Stefan Rose, one of the nation's top forensic experts, uses his wealth of knowledge and expertise to contribute to this ongoing discussion. 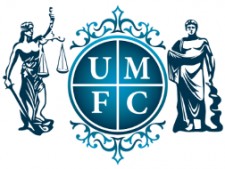 PALM CITY, Fla., August 25, 2020 (Newswire.com) - ​​The Auto-Brewery Syndrome (also known as endogenous ethanol intoxication) is a well-known phenomenon in modern medicine, described in the medical literature since 1974. This syndrome occurs when a person experiences a significant blood alcohol level (over a 0.010 g/dl, the typical lower limit of ethanol detection in most forensic laboratories) caused by the microbial production of ethanol in their large or small intestine which is then absorbed into their bloodstream.1

In healthy adults, small amounts of ethanol are produced in the large intestine by yeasts and bacteria in the large bowel.2 The blood alcohol level (BAL or BAC) measured as a result of this normal process of microbial growth in the large bowel is reported in the range of 0.005 g/dl, potentially higher.3

Because of circumstances and different medical conditions, microbes may produce enough ethanol in the gut to produce a BAC of 0.322 g/dl, over four times the legal limit.4

Conditions that have been reported to cause the production of high BAL in people through endogenous ethanol production in the gut include diabetes, obesity, antibiotics, prior stomach surgery, short bowel syndrome and liver disease.2

The most obvious forensic error is that a person, without drinking any ethanol, may experience an episode of elevated blood alcohol by ethanol production in their gut without any idea they are experiencing the phenomenon. If they are involved in a traffic investigation and a BAC sample taken and tested, the blood alcohol level may be above the statutory level for their jurisdiction. The civil and criminal liabilities may be substantial if great bodily injury and/or property damage is involved in the traffic event, including prosecution for felony manslaughter.

The endogenous production of ethanol in the gut of people is a normal physiologic process.

The endogenous production of large amounts of ethanol is a pathologic process, well documented and well known in the medical literature and must be considered as an explanation when a person has not consumed any ethanol or has not consumed enough ethanol to explain a BAL test result. If you have any questions on auto-brewery syndrome please contact:

Stefan Rose, M.D., Updates the Forensic Reliability of Blood Alcohol Testing by GC-FID-MS Analysis
The accuracy and reliability of blood alcohol testing has always been an issue of much debate. Lending a voice to this ongoing discussion is one of the country's top forensic experts, Stefan Rose, M.D.
Dr. Stefan Rose - Jun 13, 2019