The 24 Hour Virtual Liquor Store in cities in Canada where you can get liquor for free in exchange for a delivery fee. Some of those cities now include Victoria, Vancouver, Whistler, Calgary, Edmonton, Montreal, Toronto, Saskatoon, Winnipeg, London, Kitchener, and Hamilton.

MONTREAL, March 1, 2021 (Newswire.com) - The Friends with Fridges network by StayRunners is pleased to announce that it has grown to Canadian cities which include Victoria, Whistler, Kelowna, Vancouver, Burnaby, Surrey, Toronto, Montreal, Winnipeg, Hamilton, and continuing to add Runners and network locations across Canada in order for people to have a Friend with a Fridge in their city. The Virtual Liquor Delivery Network is the first step in leading towards a fellow partner having their very own On-Demand Delivery Service in their city.

"During these pandemic times, we are by the most part tied up inside our houses or apartments, stressed or alone, or bored. I have seen so many mental issues out there of people locked inside like houses like in cages for days and don't get out to do anything anymore. Having the 24 Hour Virtual Liquor store permits fellow Canadians to help their neighbors by having some extra liquor in their fridge which they can give away in exchange for a delivery fee. From a legal standpoint, there is consideration given for the Runner's trip, which is covered under the delivery fee; and the recipient gets consideration for the free bottle of wine beer or spirit from a friend on the network. Hence a Win-Win agreement amongst friends. That fee is decided by so many factors, including distance, time of night, and supply and demand," said Graham Alexander, founder of StayRunners.

"The concept is very straightforward. We partner with local businesses to offer delivery of their products and to eventually turn their businesses to an On-Demand Delivery Service," said Kaarl Batman, chief of Operations. And "When you look at Amazon, they started with books, Uber with hitchhiking, we here we are starting with the 24 Hour Virtual Liquor Store," said Deadpool Falvi, a Friend with a Fridge on the Canadian StayRunners Network.

Liquor Delivery has always been such as with Midnight Express or other After Hours established to have the liquor acquired at a licensed Off Sales premises. However, StayRunners has revolutionized the industry by networking with friends on its growing network who have some extra liquor in their fridge that they can give away in exchange for a delivery fee. All liquor is purchased at the Liquor Stores in the respective province by the Friend with a Fridge, and they have their own liquor in their own fridge with some extra that they could gift to a fellow Canadian on the network. Here you can watch more about the network. 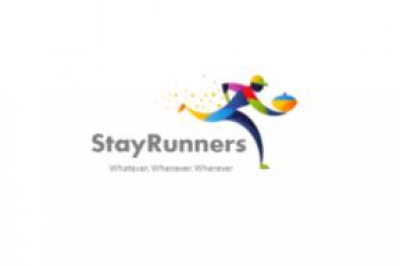 StayRunners Offers Liquor Grocery Delivery and Special Birthday and Wedding Gift Delivery in Tulum, Mexico and the Riviera Maya
StayRunners is offering grocery delivery in Tulum. Tourists and visitors can shop from any store. StayRunners is putting customized birthday and wedding gifts together for visitors going to Tulum Playa Del Carmen and Cancun through their website. Many people, due to time constraints, cannot make special birthday or wedding events, and hence, StayRunners' service has been popular amongst the community. StayRunners is also offering after hours liquor delivery and grocery delivery.
stayrunners - Feb 5, 2021

StayRunners Commences Liquor Delivery Friends With Fridges in Greater Toronto Area, Ontario Canada
StayRunners Friends with Fridges and its 24 Hour Virtual Liquor Network for the Greater Toronto Area, including Toronto, Brampton, Kitchner London and Hamilton. Keeping the good times rolling, Friends with Fridges have their own liquor for personal consumption and have some extra to give away to fellow Canadians who are over the legal age limit and are not intoxicated in exchange for a Delivery Fee plus tip.
stayrunners - Feb 4, 2021