Charges dismissed in the case against Brian S. Furber by the state of Louisiana 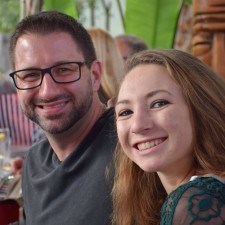 DAYTONA BEACH, Fla., February 22, 2019 (Newswire.com) - TJMF Publishing and Consulting announces that charges have been dismissed in the case against Brian S. Furber by the state of Louisiana. In June of 2016, Brian S. Furber, of Volusia County Florida was arrested by the Volusia County Sheriffs on a warrant from East Baton Rouge, LA. The charges out of Louisiana were for Bank Fraud and Theft. Brian S. Furber, claiming innocence, hired Attorney Lan Kennedy-Davis of Orlando, Florida and Attorney Steven Moore of Baton Rouge, Louisiana.

Charges also were filed against two other parties; one was convicted and has been sentenced but the case was dismissed against the other two parties including Brian S. Furber.

For Brian, the case took over two years until it was dismissed; in the meantime, Mr. Furber lost everything he had and the legal fees were astronomical. It has also made it impossible for Mr. Furber to gain employment as prospective employers were concerned and now that all the charges have been dismissed; news stories published back in 2016 by local papers still appear in searches on the web without any announcement found about the dismissal. This release shall serve as notice to all that in fact Brian S. Furber was not found guilty of any of the charges.

About TJMF Publishing and Consulting

publishing and consulting company in business for 15 years