LOS ANGELES, December 27, 2019 (Newswire.com) - ​​​​​​​​​Star Global International Inc., an out-of-the-box promotion company, has gone bananas over Maurizio Cattelan's banana with duct-tape $120,000 sale at Art Basel. They are not only congratulating him bigly right above the main entrance of Ripley’s Believe It or Not! in New York’s Times Square, but are making an unheard-of money-back guarantee on art purchases in 2020.

SGI conceived the Million Dollar Harley Davidson, painted by Jack Armstrong and the most expensive motorcycle in the world. It sold, in 2011, for $3 million (ref: Du Pont Registry Shelby 50th Anniversary edition) and is now on sale for $30 million. Jack Armstrong, cosmic artist, inspired by a $100 million Black Star Sapphire (733 cts) he owned, only painted 100 canvasses and vowed never to paint another. He eschewed the major galleries, making an important statement against them for promoting factory art, i.e., art copies made by assistants and then only signed by the artists.

SGI's spokesman Iain Hammer said, “We admire Cattelan for his incredible audacity. Nothing like this has surfaced since Andy Warhol's Campbell's soup can shattered the entire art world. Armstrong, Cosmic X art founder, was called The Last Wizard of Art by Andy Warhol.

"Maurizio Cattelan was said to be mocking art buyers for paying crazy prices but we believe otherwise. He wouldn't bite the hand that feeds him! Indeed, he is flipping the banana at the art establishment much in the same way Armstrong did with his $6 million Tony Lama Boots. If not, it was a very clever publicity stunt. Armstrong also firmly believes in self-promotion.”

Dr. Hammer added, “Armstrong’s very limited production of 100 cosmic paintings is extremely rare and ensures ever-increasing future values and limits the possibility of fakes. Our full money-back-guarantee offer is as unique as Armstrong’s cosmic paintings. We are confident that they will continue to rise exponentially in value and are a better investment than gold or even a Warhol! Our Times Square Armstrong retrospective has been running for two years now and is a tribute to Armstrong who lived and worked there in the '80s." 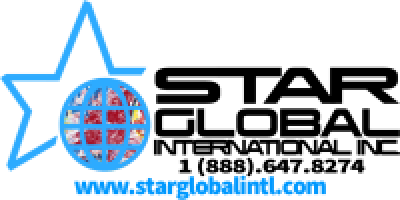