Plug in the charge in a cafe or a restaurant, take a coffee and 15 mins later, your VehiGo is refreshed and ready to go. 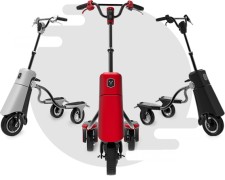 VehiGo, projected to launch on Kickstarter  starting at the early bird price of $649, is obviously aimed at urban markets where parking is always a problem. With its foldability, what the rider needs to do  is just grab the Alllu VehiGo out of the trunk, and take it along on the bus, train, or subway. According to Alllu, VehiGo comes with 3 colors, red, black and silver and has amazing features as follow:

Unlike other stand-up electric scooters, VehiGo’s three-wheel design guarantees the riders a safe and natural trip. Users can stand on the feet plate without holding the handlebar and keep natural balance. Lean left or lean right, it just can't tumble.

For the first time, the quick charge feature is perfectly applied on self-transport scooter. 5000 times recycling multi-component lithium battery secures consistency of joyful riding. Plug in the charging in a cafe or a restaurant, take a coffee and 15mins later VehiGo is refreshed and ready to go.

With 360° limitless steering, users can operate forward and backward without stepping off the scooter.

VehiGo's folding is smarter and the folded mode is occupying not more than half square meter. Users can fold and drag the VehiGo like a luggage on the street, get in the elevator or metro and put it next to the working desk.

The Alllu App is able to effectively locate VehiGo with the built in 4G module. In addition , the anti-theft feature aims at preventing VehiGo from stealing. If users want to rent their VehiGo to others or run a VehiGo rental business, the Temp key can be given to friends or customers

The 130MP wide lens camera will record the riding and automatically upload to cellphone, which allows to share the riding story to friends and family.

Given the increasingly problematic issues of traffic congestion and urban pollution, portable electric scooters may well prove at least a partial solution. As Alllu intends to play a significant role at the front edge of electric transportation, the personal mobility marketplace is obviously entering a period of sweeping change.

Supporters are able to go to Kickstarter on June 5 to back VehiGo or register to be an Alllu dealer on the official website. 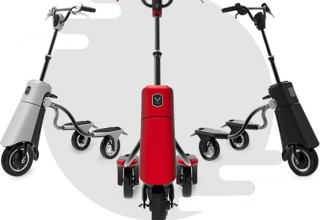 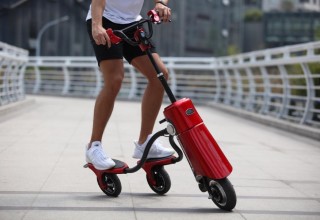 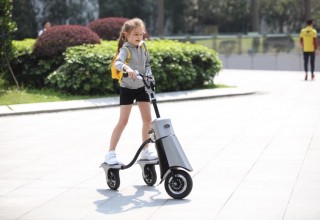 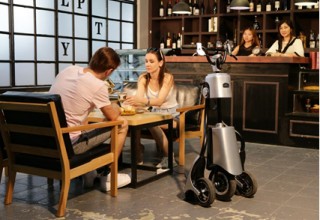