Thirty-four Games Will Air on Stadium From August 2-10

HAMILTON, N.J., May 1, 2019 (Newswire.com) - ​​​​​​​​​​Babe Ruth League, Inc. today announced an exclusive partnership with ​​​​​​​​​Stadium, the first 24/7 multi-platform sports network, for its 2019 Cal Ripken Major/70 World Series, a tournament of champions for players aged 12 and under. While hundreds of young, talented baseball teams from around the world are sharing one goal, only 28 of those teams will survive the tournament trail and advance to the Cal Ripken World Series, seeking to become World Champions.

“Babe Ruth League players and coaches, along with their families and fans, approach our Cal Ripken Major/70 World Series as a once in a lifetime experience because it is an extraordinary opportunity,” said BRL President/CEO Steven Tellefsen. “Stadium echoes that perspective. Their warm welcome and professionalism will allow baseball fans and their families to enjoy the excitement of the World Series across Stadium’s various television and digital platforms.”

“The Cal Ripken Major/70 World Series truly is the perfect fit for Stadium. Live events have been a core part of our DNA since Stadium’s inception, and the Cal Ripken Major/70 World Series is a tremendous combination of world-class competition and the joy of baseball during the summer,” said Stadium CEO Jason Coyle. “We’re incredibly excited to have the next generation of baseball’s elite on Stadium this August.”

Stadium is based in Chicago, Illinois and is a free, 24/7 sports network featuring exclusive live and on-demand games and events, extensive highlights, classic games, original programming and daily live studio programming. Stadium can be viewed anytime via WatchStadium.com/Live, Stadium over-the-air channels, The Roku Channel, Sling TV, Samsung TV Plus and many others.

Based in Hamilton, New Jersey, Babe Ruth League, Inc. is a non-profit, educational organization dedicated to developing better citizens by providing properly supervised baseball and softball competition for players ages 4 through 18. Established in 1951, Babe Ruth League currently serves over 1 million participants in Babe Ruth Baseball, Cal Ripken Baseball, Babe Ruth Softball and Bambino Buddy Ball. It is Babe Ruth League’s fundamental belief that every child with the desire to play the game shall be afforded that opportunity. For more information about Babe Ruth League, go to www.baberuthleague.org. 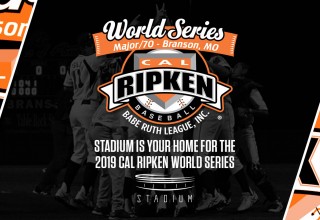 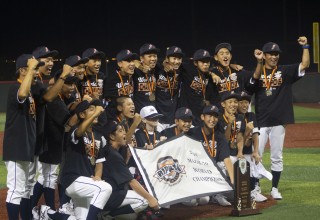