NEW YORK, February 18, 2019 (Newswire.com) - NEW YORK, February 18, 2019 (Newswire) -The position of CEO may be the most desirable job in an organization, whether the organization is a start-up or multinational. However, the reality is more tasking than is usually perceived. CEOs around the world have certain common characteristics that set them apart from functional leaders and managers. According to an infographic shared via Inside the Brain of a CEO, there are 3 categories of CEO; the Basics, the Elite, and the Pinnacle. Each of the CEOs across these categories shares the following traits with the others.

CEOs are usually risk takers. They make the "big, hard decisions" and examine them so they can make the right ones; this is usually after they have gathered correct information and facts about the situation. They are not hasty decision makers; hence, they take only calculated risks. CEOs deal with whatever consequences their decisions bring, whether good or bad.

CEOs are big thinkers and visionaries. They think bigger than the average manager does; usually they are out of the box thinkers. They have big dreams and set goals for their organization and work towards it, by either being innovative in their thinking or by employing and getting the best and most innovative people on their team.

CEOs are resilient. They are unafraid to take risks and bear the consequences; this sometimes means having to try repeatedly, even after a failed business deal. They are not nearly as opposed to failure as one would think, rather, they are quick to accept failure and immediately seek for ways to move forward and past the failure.

CEOs keep an eye on the trend and go after it early to maximize profit. They are unafraid of change, but rather, ride on it. In embracing change, they take time to educate their employees and team, keeping them informed and ready to make the most out of it.

Effective CEOs possess excellent communication skills. While communication is important at all levels of business, it is important for CEOs to communicate effectively to members of their teams, clients, shareholder and sometimes the public. They go as far as learning several languages and soft skills so they can communicate information and their visions clearly. It's no wonder CEOs are highly respected public speakers.

Most CEOs have extremely high EQ. Even though they don't start out like that, they dedicate time to gaining soft skills associated with managing people and networking. They are no longer unapproachable figureheads but devoted to building a culture that resonates with every employee.

CEOs are always on the lookout for new ideas and innovations. The best CEOs are the curious ones; they don't pretend to have all the answers but surround themselves with lots of options, innovative ideas and the right people who can improve the quality of their products and services. 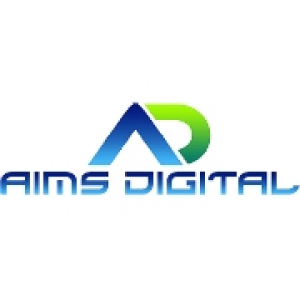