Following unexpected delays with old gas and sewer lines, construction is back on track as crews get ready to vacate the Splash City portion of historic Middleton Drive 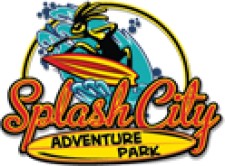 ST. GEORGE, Utah, October 25, 2019 (Newswire.com) - Jim Mayoros, the creator of Southern Utah’s Splash City Adventure Park, says construction is back on track after some unexpected delays were experienced while completing the widening of the Red Hills area.

The water park, which officially broke ground last month, had been progressing according to schedule until discovering a number of old sewer and gas lines that needed to be addressed before continuing construction.

With the delays behind them, crews have begun preparing to clear the Splash City section of Historic Middleton Drive in St. George, Utah. The segment of the road being vacated will be absorbed into Splash City as the project moves ahead. The developers have also recently announced plans to expand the original size of the project.

The new changes improve upon existing plans by incorporating the hillsides around the water park to add more features to the park. “This change will add so much more to the project and experience,” Mayoros said.

Splash City Adventure Park is scheduled to open for its first season during Summer 2020. Upon completion, the water park will have an island theme and feature multiple water slides, a 900-foot-long “Lazy River,” a surfing-capable wave pool and several pools and play areas for guests to enjoy.