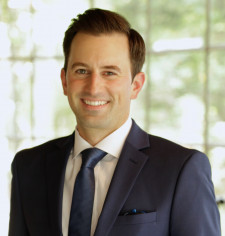 ARLINGTON, Va., May 26, 2021 (Newswire.com) - Spirit of America, a nonprofit citizen service organization that supports the safety and success of U.S. troops and diplomats serving abroad, has hired Zack Hosford to develop new initiatives that will engage citizens in fulfilling its mission to preserve the promise of a free and better life.

As a director, Hosford will focus on strategic ways to promote American ideals in the face of challenges presented by near-peer competitors and increasing authoritarian influence. As with all of Spirit of America's work, Hosford will bring innovative thinking to leverage the strength of Americans who want to work together to make the country and world safe for our nation's democratic values.

Hosford joins Spirit of America with broad experience in foreign policy and national security. Most recently, he served as the acting director of the Asia Program at the German Marshall Fund of the United States (GMF). Previously, he was the senior foreign policy advisor to Senator Edward J. Markey, a senior advisor for Asia-Pacific Strategy within the Office of the Under Secretary of Defense for Policy at the U.S. Department of Defense, and a fellow in the Asia-Pacific Security Program at the Center for a New American Security (CNAS), among other roles.

He holds a master's degree in security studies from Georgetown University's Edmund A. Walsh School of Foreign Service and a bachelor's degree from Franklin and Marshall College.

"I am both excited and honored to join Spirit of America, an organization dedicated to service," Hosford said. "As the world won't necessarily promote democracy, human rights, and fair competition on its own, the engagement and involvement of American citizens will be critical in helping achieve those ideals."

"Zack is an accomplished leader who will help us engage citizens in new, innovative ways to strengthen our security and to bring the entire world closer to the shared values we uphold. I am excited to welcome him to the Spirit of America team," said Jim Hake, CEO.

About Spirit of America
Spirit of America is a privately funded nonprofit that engages citizens in strengthening America's security and advancing America's values. Founded in response to the attacks of 9/11, Spirit of America has pioneered a new category of philanthropy and national security. It is the only organization officially approved by Congress and the Department of Defense to work alongside deployed U.S. troops and diplomats and provide private assistance to support their missions.

Spirit of America is the way to help those who serve America abroad return home safely and proud of their success. In the world's toughest places, people experience the best of who Americans are and what we stand for. Learn more: http://spiritofamerica.org.

About Spirit of America

Spirit of America is a nonprofit citizen service organization founded in response to the attacks of 9/11. Our mission is to support the safety and success of Americans serving abroad and the local people and partners they seek to help. 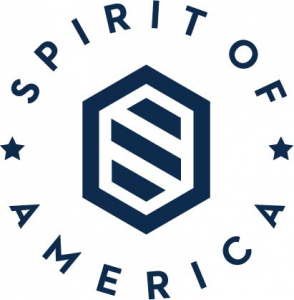