Terri Wallace brings more than 15 years of nonprofit leadership experience and expertise to her new position. 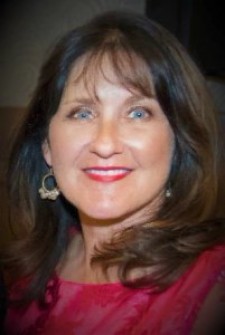 I'm excited and honored to start working with Special Ops Survivors as their new executive director. Significant growth is planned for the organization especially in creating dynamic new programs that meet the needs of our survivor population.

"I'm excited and honored to start working with Special Ops Survivors as their new executive director," says Wallace. "Significant growth is planned for the organization especially in creating dynamic new programs that meet the needs of our survivor population. To do that effectively, we are calling on all those who want to give back to support this critical work for our community of Gold Star SOF spouses whose families have given so much for our country. Our donors truly make a significant impact in their lives."

Special Ops Survivors was co-founded in 2002 by an active duty Navy SEAL and is one of the only nonprofit organizations exclusively dedicated to serving Gold Star Spouses of active duty Army, Navy, Air Force and Marine Special Operations personnel who have died in combat, training, or the result of injury or illness even after they separate or retire. This includes those who have succumbed to injury or illness that manifested itself in cancer, traumatic brain injury, suicide, or those who may have been killed during off duty hours.

"It's not how they died that matters as much as how they lived." says Wallace, "These were great Americans willing to defend our freedoms, training hard and ready to go to war as a team. Their surviving spouses should not suffer alone, and that's where we come in."

The organization embraces and empowers survivors to build healthy, post-loss futures as they transition to their new lives by providing individual, group, and peer-to-peer emotional support as well as individual financial, educational, and career development support.

Special Ops Survivors understands the healing power of community, encouragement, and peer mentorship to help turn these Gold Star spouses' tragedy into triumph. Survivors are bonded by how their heroes lived as part of this elite military community. Because of this, the bonds formed among these survivors are both durable and lasting.

While Special Ops Survivors cannot bring back a survivor's loved one, the organization's programs help survivors ease the transition to a new life - a life that honors the legacy of their loved one. This healing is accomplished by providing access to a community of other survivors who have gone through, survived and overcome similar obstacles.

For more information about the organization, visit Special Ops Survivors.