One of the world's largest nongovernmental drug education and prevention initiatives, the Foundation for a Drug-Free World, reaches millions in Times Square New York with the truth about drugs.

NEW YORK, January 25, 2018 (Newswire.com) - At a time when more Americans are dying of drug overdoses than from car crashes, gun violence, or HIV/AIDS, the Foundation for a Drug-Free World reached out, bringing their Truth About Drugs campaign to millions. The Foundation aired its drug prevention public service announcements on Times Square over the holidays, sending more than 1.9 million people to their website to learn more about the award-winning Truth About Drugs drug prevention campaign.

The PSAs appeared four times an hour, 672 times in all, on giant electronic billboards at the corner of 7th Avenue and 46th street. At the same time, two blocks away, the Church of Scientology New York aired the same PSAs on the LED billboard on the top floor of the Church.

Volunteers from the Church of Scientology New York and the Church of Scientology Harlem in their turquoise Drug-Free World caps and T-shirts (worn on top of overcoats) braved frigid temperatures to talk to tourists and residents and hand out copies of Truth About Drugs booklets. People approached the volunteers to tell them their own stories — tragically there were so many of them. A family from Australia — the parents are former addicts — stopped by to help. Singers, in town from the Caribbean island of St. Vincent, staged a spontaneous concert, drawing people to find out more.

The local chapter of the Foundation for a Drug-Free World has brought the Truth About Drugs program to at-risk youth across a citywide network of community centers and schools, with more than 100 partnerships, helping to generate the first drug usage drop among teens in more than a decade and earning them more than 30 awards and recognitions.

Internationally, a worldwide network of volunteers, working with some 40,000 educators and thousands of other professionals, has distributed more than 103 million Truth About Drugs booklets in 197 countries and territories. 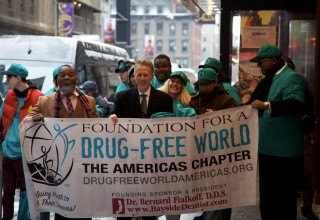 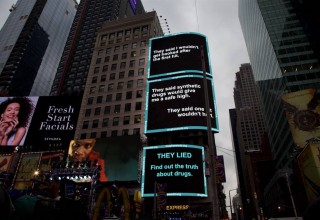 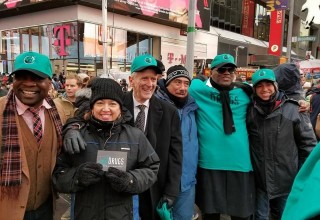 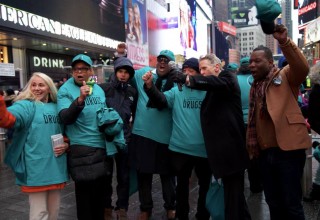