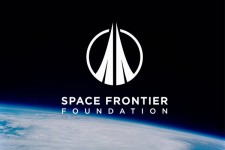 WASHINGTON, May 26, 2020 (Newswire.com) - The Space Frontier Foundation (SFF) applauds SpaceX and NASA for the upcoming commercial mission to carry NASA crewmembers to the International Space Station (ISS). SFF, which was the first to call for the private sector replacement of government space shuttles, sees this event as a turning point in opening space.

"When Dragon berths with ISS later this week, the U.S. starts the next phase of opening the space frontier," said SFF chairman, Sean Mahoney. "We will see private companies competing to carry people into space. Prices will drop and more people will go for science, business, and pleasure. Kudos to both SpaceX and NASA for making this happen."

SFF played a key role in laying the policy groundwork that enabled the upcoming SpaceX flight and the Boeing flight scheduled for later this year. According to SFF’s philosophy, governments should not build and operate buildings and transportation but should instead enable the growth of private industry in space.

"When I called for this in front of the House Space Sub-Committee in 1995, we had no idea it would take so long, but we knew it had to happen," said SFF co-founder, Rick Tumlinson. "To anyone supporting the idea of human settlement in space, it's fundamental that private citizens be able to get there and back cheaply and reliably. A few years ago, we had the first commercial cargo flights, and now commercial crew. It is a huge moment for us."

SFF believes NASA and governments have a large role to play in the transition from exploration to development. Their purchasing power can help kick start a "virtuous cycle" wherein companies build on government support and then move into competition for private customers. This is exactly what is happening, as both Boeing and SpaceX are already booking customers beyond their NASA contracts.

"This is a great model for how things can work between governments and private sector in space," said Meagan Crawford, SFF board member and managing partner of SpaceFund. "NASA needs low cost, reliable ways to meet its mission objectives. Private companies need anchor customers and R&D support. It's a perfect match, and one we should emulate in all areas of NASA and government space activities."

SFF believes that these partnerships should not end here. There are a wide variety of programs where this model could be applied, saving taxpayer money and kickstarting a NewSpace industrial economy.

"SFF has maintained active support for commercial space through the decades," said SFF policy lead Gary Oleson. "We helped found the Alliance for Space Development in 2015 and full funding for the Commercial Crew program was our priority. We achieved this in 2016, enabling NASA to advance quickly to this mission."

About the Space Frontier Foundation

SFF is an organization dedicated to opening the space frontier to human settlement by unleashing the power of free enterprise to lead a united humanity permanently into the Solar System. Learn more: Spacefrontier.org.