NEW YORK, February 19, 2018 (Newswire.com) - ​The 2018 Winter Olympic Games in Pyeongchang, South Korea, is one reason why this country is making headlines. Known for its economic growth in the years following the Korean War, South Korea has since become a country producing cultural phenomena including K-Pop, dramas and social reform. While foreigners spectate the games, citizens hit the streets to protest recent human rights violations. According to a Cheon-ji News article released on 29 January, protests started about a month ago with over 140,000 participants from all across South Korea calling for justice for the hundreds of victims of Coercive Conversion Education.

On 30 December, 25-year-old woman Ms. Ji-in Goo was found dead at a lodging in Hwasun. The Hwasun Police Department confirmed an investigation is underway. The woman’s parents are being questioned about their involvement in the confinement and death of their daughter. During a call with Cheon-ji Newspaper, the police stated the autopsy showed they “cannot exclude the possibility of suffocation and a high possibility of cardiopulmonary arrest due to oxygen deprivation.” Koreans are now doing what they do best: protesting.

From October to December 2016, hundreds of thousands of people gathered for candlelight vigils weekly to demand the impeachment of President Park Geun-hye.

In the last month, another wave of mass protests emerged. The people are petitioning for the protection of religious freedom protected by the Constitution of South Korea, Article 20.

Sunday, 28 January, Cheonji-News reported 120,000 people protested in Seoul to speak against Coercive Conversion Education. The purpose of the demonstrations is to petition for legal framework criminalizing religion-based violence.

According to reports from Human Rights Association for Forced Conversion (HRAFC), a Korean civil society NGO, Coercive Conversion Education was performed on more than 1,000 people by a small group of Korean pastors. Organizations such as the Association of Victims of Coercive Conversion Programs (AVCCP) have reached out to international human rights groups to spread awareness. 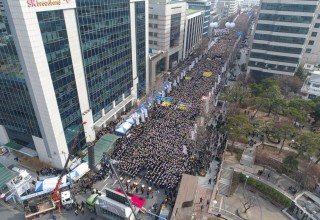 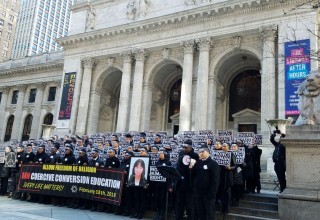 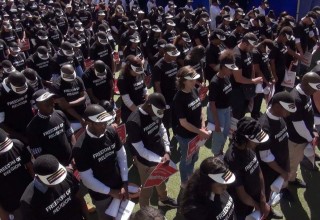 Media company offering news with a focus on human rights