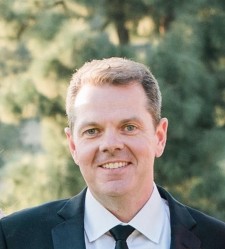 SAN DIEGO, May 11, 2020 (Newswire.com) -  South County Economic Development Council (South County EDC) announced it has named James O’Callaghan as the organization’s new chief executive officer and president, succeeding 15-year President and CEO Cindy Gompper-Graves. O’Callaghan served as executive director at the West Hollywood Travel and Tourism Board and, before that, served as president and CEO of two Chambers of Commerce from 2012 to 2018.

“The Board of Directors is excited to welcome James O’Callaghan to South County EDC,” said Bob Penner, South County EDC Board Chair. “We are confident he is equipped and properly positioned to take on this important role.”

South County EDC announced the position in September 2019 and began an intricate process to find the best fit for the non-profit organization. The South County EDC board received 500 applications during this time.

James O’Callaghan graduated from Hofstra University in 2000 and received his master’s degree from Columbia University in 2002. His immediate position before South County EDC was as executive director of the West Hollywood Travel and Tourism Board, where he operated two business improvement districts and developed programs to attract and retain businesses. He was also president and CEO of the Huntington Beach Chamber of Commerce from 2016 to 2018 and of Manhattan Beach Chamber of Commerce from 2012 to 2016. O’Callaghan has 24 years of experience in business development.

“I’ve moved around many times in my life, and San Diego always had a special place in my heart,” said O’Callaghan. “South San Diego County holds countless opportunities for growth and economic development that are difficult to find in other parts of the region. I am excited to take on this role and hope to serve this community adequately and continue to bring positive changes in the near future.”

O’Callaghan will report to the South County EDC Board of Directors and will assume responsibility for all of the organization’s programs and activities, including managing a team of three full-time staff, plus a dedicated cohort of interns, and an operating budget of approximately $750,000. He will be the leading advocate for the region, forging innovative partnerships with private and public sector stakeholders, working with elected officials, attracting and retaining business, nurturing bi-national business growth, and backing key initiatives to move the region forward.

The South County Economic Development Council (South County EDC or SCEDC) is a non-profit organization formed in 1989 by a group of South San Diego County business and community leaders to promote education and encourage economic development in the South San Diego County Region. Member cities include Chula Vista, Coronado, Imperial Beach, National City, San Diego, San Diego County, and the Port of San Diego. SCEDC works with its partners in the northern portion of Baja California in the cities of Mexicali, Tijuana, Tecate, Rosarito, and Ensenada.