South Beach Classics Will Be Shooting Their 5th Season 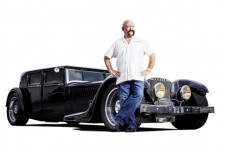 The newest season will be filming in Miami by producer Max Wyler and his production company Accord Productions. The production company is popular for many independent films. It is set to be aired on YouTube and the regional network, Beach Channel, in hopes of reaching a wider audience.

Shooting will take place in April of this year and be concluded in June. The season will reflect previous seasons focusing on classic car deals across the United States. There will also be new faces introduced.

Ted Vernon also explained that there will be a 90-minute biopic explaining his previous relationship with Robin Vernon, soon to be released.

About Ted Vernon Specialty Automobiles Inc.: Ted Vernon Specialty Automobiles Inc. is a fixture in the South Florida Classic Car business for over 40 years. With their sufficient expertise and a wide selection of automobiles from any era, they have classic cars for sale and provide these classic automobiles for several occasions such as professional modeling shoots, and movie and television rentals – including high profile movies. One can buy, sell or trade classic cars via this unique business. If you would like to learn more about their sales and services in Miami – or view their extensive inventory of classic cars – contact them today.

Ted Vernon and Viva Perform for the NBA
There Is Heat in Miami
Ted Vernon Specialty Automobiles Inc. - Jun 26, 2019