South Bay Religions Come Together in the Name of World Peace

Celebrating diversity at the Church of Scientology in San Jose

SAN JOSE, Calif., December 19, 2018 (Newswire.com) - In celebration of the 70th anniversary of the Universal Declaration of Human Rights (UDHR) Dec. 10, the Church of Scientology in San Jose, California, hosted an interfaith open house and panel discussion attended by college students and members of various faiths.

The topics discussed by the panel of religious leaders included emphasizing human rights in religion and working together to help implement these rights throughout the city, state, country and ultimately on a global scale. All attending and participating agreed that the extent of human rights violations in the world today makes it clear this must be remedied if world peace is to be brought about.

The Universal Declaration of Human Rights was born in the aftermath of World War II to prevent that war’s atrocities from ever happening again. Yet as the world celebrates the document’s 70th anniversary, it is still plagued by war, terrorism, human trafficking, even genocide.

Scientology Founder L. Ron Hubbard described the importance of the Universal Declaration of Human Rights in a 1969 essay titled “Patriotism”:

“The United Nations came up with the answer. An absence of human rights stained the hands of governments and threatened their rules. Very few governments have implemented any part of the Universal Declaration of Human Rights. These governments have not grasped that their very survival depends utterly upon adopting such reforms and thus giving their peoples a cause, a civilization worth supporting, worth their patriotism. It is vital that all thinking men urge upon their governments (for the governments’ own sake if no other) sweeping reforms in the field of human rights.”

The Church of Scientology and Scientologists support United for Human Rights (UHR). The Church makes the UHR human rights educational materials available free of charge to educators, mentors, community programs and individuals to make the rights enshrined in the UDHR known and understood. United for Human Rights has grown into a truly grassroots movement—the world’s largest nongovernmental human rights education campaign, reaching out in 195 countries in 27 languages and embraced by thousands of activists, officials, groups and organizations. 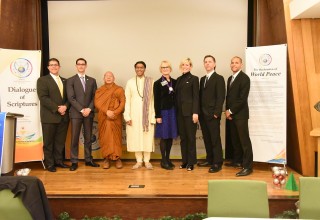 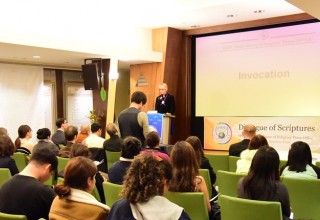