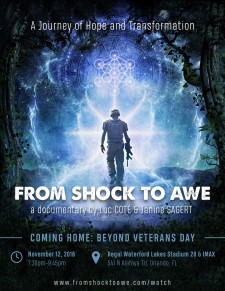 From Shock to Awe also captures the Mangurama Award for Conscious Documentary Storytelling at Illuminate Film Festival. The Mangurama Award goes to the most transformative non-fiction film that exhibits a strong story arc, compelling subjects, and high production value.

The special one-night-only event, "Coming Home: Beyond Veterans Day," will include theatrical screenings in over 25 U.S. cities. Screenings will be followed by a live Q&A with the cast and filmmakers.

"From Shock to Awe" shares the stories of two combat veterans suffering from a host of negative emotions including fear, anxiety, depression, and anger, brought on by their experiences in war. After traditional Western medicine fails them, the men seek for healing at Soul Quest Ayahuasca Church of Mother Earth, where they attend a weekend ceremonial retreat. Several times over the weekend, they consume ayahuasca, a traditional, spiritual plant medicine brew, in their quest for healing.

The Ayahuasca Manifesto itself reads: "It is time to embrace Humanity with my healing, extending beyond the Amazon basin, reaching global expansion, spreading through all the soils of tropical climates, growing in every forest, in every sidewalk, in every house garden. Care about me, harvest me, spread me around. Warriors of Light from Around the World… Help Me to Help You!"

The premiere event on Nov. 12, 2018 will launch a social impact campaign that aims to open a dialogue about trauma, the pharmaceutical industry, the U.S. legal system, and saving lives.

For more information about "Shock to Awe," visit the documentary website. To purchase tickets at a theatre near you, see where you can attend the event.

Soul Quest provides ceremonial retreats for healing and personal and spiritual evolutions for its church members. During retreats, the church distributes indigenous ancestral medicine from the Brazilian jungle with the supervision of Highly trained facilitators. To book a retreat visit our website https://www.ayahuascachurches.org. 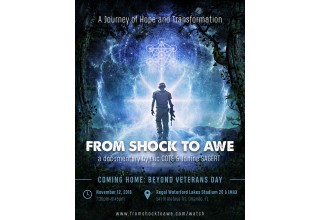 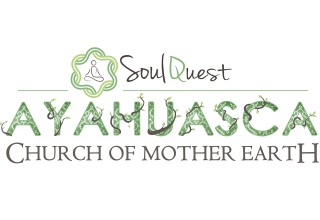 A Film About Ayahuasca and PTSD Makes History in the US
'From Shock to Awe' brings awareness about Ayahuasca and potential benefits for combat vets suffering from PTSD. In select theaters Nov. 12.
Soul Quest Ayahuasca Church of Mother Earth - Oct 23, 2018
Newswire