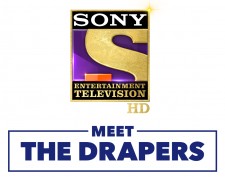 In this innovative show produced and directed by Sarika Batra, three generations of venture capitalists from one of the most prominent families in Silicon Valley — Bill Draper, Tim Draper and Jesse Draper - come together to hear hot, up-and-coming startups pitch their ideas. Each episode will feature three exciting startups trying to convince the Drapers to invest in their company and simultaneously convince millions of viewers to fund them through their crowdfunding page on the Republic platform. Episodes will also feature a guest judge, who is a legendary success in his/her respective field.

We created this show to showcase these trailblazing entrepreneurs, VCs and angels, and to allow SET viewers to participate in their ventures.

Jaideep Janakiram, Head of the Americas at Sony Pictures Networks

Bill Draper began his venture capital career in 1959 and is one of America’s first venture capitalists. Currently, he is managing director of Draper Richards L.P. and Draper International. He serves as the co-chairman of the Draper Richards Kaplan Foundation. Mr. Draper is also author of the book "The Startup Game: Inside the Partnership between Venture Capitalists and Entrepreneurs."

Bill’s son, Tim Draper, has been named one of Worth Magazine’s 100 Most Powerful People in Finance and is the founding partner of Draper Associates and DFJ. His original suggestion to use viral marketing as a method for spreading a software application from customer to customer was instrumental to the success of Hotmail, Skype and others.  Tim also received the World Entrepreneurship Forum’s “Entrepreneur for the World” in 2015.

Tim Draper shares: “It is finally possible for the individual investor to participate in the funding of exciting young ventures. ‘Meet the Drapers’ allows viewers to watch us interview entrepreneurs and then, invest in companies that have the potential to change the world. We are thrilled to have created a unique show, that invites viewers to become investors in exciting new startups. We’ve been blown away by the entrepreneurs we’ve met so far and believe viewers will be too.”

“South Asians are a vibrant part of the Silicon Valley startup culture,” said Jaideep Janakiram, head of the Americas at Sony Pictures Networks. “We created this show to showcase these trailblazing entrepreneurs, VCs and angels, and to allow SET viewers to participate in their ventures.”

Pitching companies will be accepting investments via Republic – a leading equity crowdfunding platform that makes startup investing available to anyone. Republic is the easiest way to become an investor in breakout early-stage startups for as little as $10.

To participate in crowdfunding for selected ventures, viewers are encouraged to watch “Meet the Drapers” on Sony Entertainment Television every Sunday at 6 p.m. (ET), starting Nov. 19, 2017. 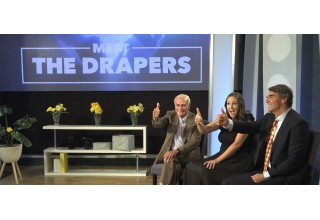 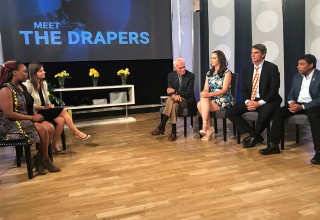 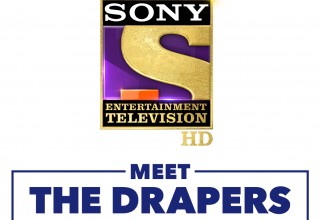 Meet the Drapers Season 2, the Crowdfunding Reality Show by Sony Entertainment Television, is Again on the Hunt for the Next Big Idea
Season 2 Going Global
Sony Pictures Networks - Dec 3, 2018

'Meet the Drapers,' the Crowdfunding Reality Show by Sony Entertainment Television, is Again on the Hunt for the Next Big Idea; Season 2 Going Global
Sony Pictures Networks - Nov 26, 2018