Plus: Limited edition Star Wars themed party packs, iconic replica made from SOLO products and more for a FAN-tastic SOLOBRATION. 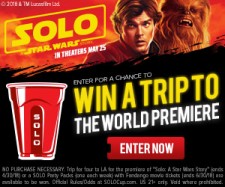 MASON, Mich., April 20, 2018 (Newswire.com) - The legendary SOLO brand is thanking fans for their loyalty by collaborating on fun-filled promotions in celebration of “Solo: A Star Wars Story”, in theaters May 25. The SOLOBRATION includes a sweepstakes with the grand prize of a trip for four to Los Angeles with red carpet access to the world premiere of the film; an exclusive look at the making of a classic Star Wars replica made from SOLO products; and more.

“Like Star Wars, SOLO is original, legendary and timeless,” said SOLO’s Kimberly Healy, Vice President of Consumer Products Marketing and Innovation. “We are thrilled to celebrate two icons that share the same name – Han Solo and our own SOLO brand – to share the fun in the countdown to the film’s release. And we are very excited to offer loyal fans the opportunity to win great prizes and use SOLO’s family of tableware solutions when they pull together their crew for movie-themed SOLOBRATIONS.” Limited edition packaging in celebration of the Solo: A Star Wars Story film release is available in select stores.

In collaboration with Lucasfilm, SOLO has a variety of ways to thank loyal fans who link the SOLO brand with “Solo: A Star Wars Story”:

“Part of SOLO’s innovation roadmap is to enhance our relationship with consumers on a more personal level,” said Healy. “What better way to do that than by strengthening the obvious ties between, and love for, the SOLO brand and Star Wars?”

Visit www.solocup.com for information, official sweepstakes rules and to enter the sweepstakes.

About SOLO
Since 1936, SOLO has inspired millions to host spontaneous gatherings celebrating food, fun and family. As the creator of the iconic Red SOLO Cup, SOLO offers a wide variety of tabletop solutions for all your party needs. Visit www.SOLOcup.com for party tips to help you SOLOBRATE good times! SOLO is a registered trademark of Dart Container Corporation.

About “Solo: A Star Wars Story”
Board the Millennium Falcon and journey to a galaxy far, far away in “Solo: A Star Wars Story”, an all-new adventure with the most beloved scoundrel in the galaxy. Through a series of daring escapades deep within a dark and dangerous criminal underworld, Han Solo befriends his mighty future copilot Chewbacca and meets the notorious gambler Lando Calrissian, in a journey that will set the course of one of the Star Wars saga’s most unlikely heroes.

*EPIC SOLOBRATION SWEEPSTAKES at SOLOcup.com: No purchase necessary to enter or win. Limit one (1) entry per person. Sweepstakes begins April 20, 2018 at 12:01 AM CST and ends June 30, 2018 at 11:59 PM CST. Grand Prize Sweepstakes Period ends April 30, 2018 at 11:59 PM CST with drawing for one (1) Grand Prize Winner. One (1) Weekly Prize Winner selected each week during Sweepstakes Period for a total of Ten (10) Weekly Prize winners. Enter by completing and submitting the EPIC SOLOBRATION entry form available on www.SOLOcup.com. Total ARV of all prizes = $10,540. Open to legal residents of the 50 US and DC at least 21 years or the age of majority in their state of residence, whichever is higher. Void where prohibited. Odds of winning based on number of eligible entries received. Other restrictions and conditions apply. See www.SOLOcup.com for complete Official Rules. Sponsor: SOLO Cup, Dart Container Corporation, 300 Tri-State International, Suite 200, Lincolnshire, IL 60069, USA. 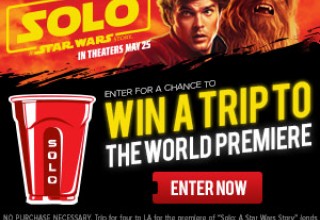 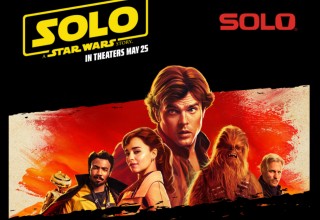 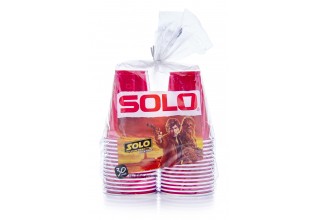