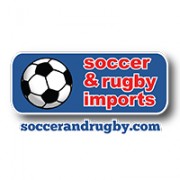 For more than 20 years, Soccer and Rugby Imports had played a dominant role in the sports of soccer and rugby. Now, the company is celebrating the 10th anniversary of its second-ever location in Ridgefield. Located in the state’s Southeast corner, near the New York state line, Ridgefield is perfectly situated in Fairfield County to accommodate customers from multiple locations.

"We are thrilled to be celebrating Ridgefield's 10th year in business."

“We are thrilled to be celebrating Ridgefield’s 10th year in business,” said Nico Colamussi, Manager of Soccer and Rugby Imports. The store is located at 15 Ethan Allen Highway in Ridgefield, which places it on U.S. 7, a popular roadway providing access to Wilton, Weston, Easton, Redding, and Danbury, CT.

The Ridgefield location has done work with local businesses such as ESPN, General Electric, Xerox, BASF, and Bargain News. They have also worked with schools including Colgate University, Ridgefield High School, Barlow HS, Danbury HS, and Kent School.  In addition, they have had the pleasure of working with local organizations which include Soccer Club of Ridgefield, Wilton Soccer Club, Easton/Redding Soccer Club, Danbury Soccer Club.

Soccer and Rugby Imports offers a wide selection of sporting apparel, footwear, equipment, accessories, balls, goalkeeping units, uniforms, and more. Their sister stores are in Connecticut at Southport, Greenwich and Madison, as well as a New York store in Bronxville.

"We are extremely proud to reach such a milestone, 10 years in business, and are exciting looking forward to many, many, more years of continued success," said Stephanie Avalos, Manager. Stop in to see the vast selection and specialty items the store has to offer.

Soccer and Rugby Imports was established in 1993, beginning its first seven years in a small retail strip in Westport, CT. The Avalos family took over the business in the year 2000 and quickly began to outgrow its modest Westport location. In 2004, as the popularity of soccer in the area increased, as well as the reach of the business, the store moved to nearby Southport, CT. Four more locations have opened in the subsequent years: Ridgefield, CT, Greenwich, CT, Madison, CT, and Bronxville, NY.  Soccer and Rugby Imports has been supplying Connecticut's soccer clubs and organizations across the country and abroad for the past 20 years. From cleats and practice gear from the retail shop to customized jerseys, shorts, warm ups and backpacks from the Team Sales department, thousands of people have been linked to Soccer and Rugby Imports. Soccer and Rugby Imports also carries exclusive gear.

From cleats and practice gear from the retail shop to customized jerseys, shorts, warm ups and backpacks from the Team Sales department, thousands of people have been linked to Soccer and Rugby Imports.