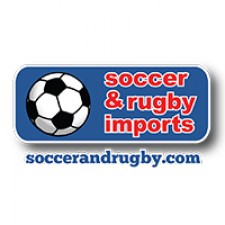 The Kick for Nick Foundation surrounds the efforts on continuing Private Nicholas Madaras’ mission of collecting and sending soccer balls to the soldiers in the field in Iraq so that they can distribute them personally and directly to the children of Iraq.

While home on leave from Iraq in July 2006, Private Nicholas Madaras rounded up as many soccer balls as possible to bring back to the children near his post. Being a passionate soccer player, he wanted to give the balls to the children as a gesture of good will. Unfortunately, Nick was killed by an IED on Sept. 3, 2006. The Kick for Nick foundation has taken up a crusade on his behalf to fulfil his dream by collecting and distributing these balls.

“We believe in giving back to the community by all means possible,” said Gus Avalos, Owner of Soccer and Rugby Imports. “Our passion is deep and our objective is to spread it across America and the rest of the world.”

Soccer and Rugby Imports is proud of its continued success, which is attributed to its level of customer service and passion for the sport of soccer. It is the company’s mission to work tirelessly to promote the game of soccer, as well as educate players, referees and their families about the sport and the proper equipment.

Soccer and Rugby Imports was established in 1993, beginning its first seven years in a small retail strip in Westport, Conn. Since the year 2000, the Avalos family took over the business and quickly began to outgrow its modest Westport location. In 2004, as the popularity of soccer in the area increased, as well as the reach of the business, the store moved to nearby Southport, Conn. Four more locations have opened in the subsequent years: Ridgefield, Conn., Greenwich, Conn., Madison, Conn., and Bronxville, N.Y.  Soccer and Rugby Imports has been supplying Connecticut's soccer clubs and organizations across the country and abroad for the past 20 years. From cleats and practice gear from the retail shop to customized jerseys, shorts, warm ups and backpacks from the Team Sales department, thousands of people have been linked to Soccer and Rugby Imports.

From cleats and practice gear from the retail shop to customized jerseys, shorts, warm ups and backpacks from the Team Sales department, thousands of people have been linked to Soccer and Rugby Imports.