Mobile app from Netaround, Inc. allows users to record voices for the subjects in any image using Voicetag technology. 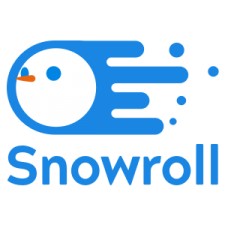 New York, NY, April 25, 2017 (Newswire.com) - Netaround, Inc. yesterday announced the launch of an iOS app that will allow users to add sound-based tags to any photo. Snowroll lets users record up to three unique Voicetags and add them to any photo. Unlike similar apps that marry voice and images, Snowroll allows users to place tappable sound icons anywhere in the image to add an extra dimension to photos of family, friends and pets.

“We've had photo sharing and editing apps that only engage the eyes, but it's time to add a second sense--hearing--now!" said Yiqiu Gao, founder and chief executive officer of Netaround, Inc. "Current photo editing tools are limited to photo and text, photo and stickers or photo and filters. These traditional formats provide no surprises in the photo-sharing experience. Snowroll gives you a new way to play with friends and family--by recording moments in life by telling the story behind a photo."

"We've had photo sharing and editing apps that only engage the eyes, but it's time to add a second sense--hearing--now!"

Other apps that allow users to add sounds to images restrict users by only allowing them to add sounds to the entire image. With Snowroll, users can position the Voicetags over individual subjects in the photo and let the viewer discover the sounds by tapping the tags. The resulting Voicetag photo isn't limited to the Snowroll app. Users can share each photo on Facebook, Twitter or another social media site. Snowroll users can also browse the platform to uncover other users' Voicetag photos.

"Each Voicetag photo creates a completely unique experience by incorporating the laughter, accent, tone and voice of the people sending you an image," said Gao. "We want users to create or discover a story behind each photo, so you can let the world hear you."

To try this new photo-editing app, download Snowroll from the Apple store today. The app is available as a free download that is compatible with iOS 9 and newer.

Founded by Yiqiu Gao in 2016, Netaround, Inc. is a New-York-based startup that develops mobile applications to bring people together in new and interesting ways via technology. Snowroll is the second app released by the company.