Snopes Co-Owners Acquire All Remaining Shares of the Company, Bringing Total Stake to 100%

The relationship with the company started in 2016 when Richmond and Schoentrup, along with three other individuals, acquired a 50% stake in the company. David Mikkelson, who co-founded the company in 1994, held the remaining shares. Shortly after, disagreements about the management of the company arose, and a legal dispute ensued.

"We're pleased to announce that as of today, all legal disputes have been amicably resolved and settled," Richmond said. "Business is complicated, especially when it's a business that's been around for nearly three decades. While we had our disagreements with David, we always respected what he accomplished, and both sides are pleased to see these issues resolved so we can all move on and continue the Snopes mission and vision."

Commenting on the acquisition, Richmond said, "In the early days of the internet, David had the vision and foresight to create a platform that would fact-check the world. We're honored to continue this important mission, and we thank him for the hard work he's done to bring this brand to life."

Richmond, who also serves as CEO of Salon.com, has spent the past decade acquiring, optimizing and scaling media properties and AdTech companies.

In 2019, Richmond and his business partner, Drew Schoentrup, acquired the news outlet Salon.com, formerly a public company until the acquisition. In 2020, Salon experienced its first profitable year after a previous decade of losses that included tens of millions of dollars. This was achieved without any layoffs to the editorial staff.

Richmond and Schoentrup also own the popular website TV Tropes, which they acquired in 2014, and today it generates more than 100 million page views per month from its passionate user base.

Most recently, Richmond and Schoentrup sold their AdTech company to Sovrn Holdings, Inc.

"Chris and I have a long track record of building profitable media businesses, and we are excited to bring everything we know to take Snopes to the next level,"  Schoentrup said.

Snopes is definitive Internet reference source for researching urban legends, folklore, myths, rumors, and misinformation. The site has been showing readers what's true or false since the 90's. 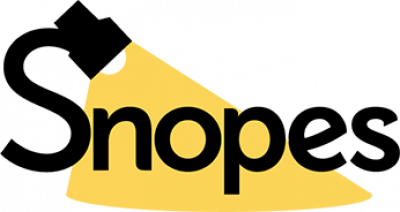