Smokey the Bear vs. Mickey Mouse

While 78% of respondents put a higher premium on vacationing at a national park than a U.S. theme park, 97% of those surveyed believe America’s national parks hold an important place in the country’s cultural legacy, worthy of maintaining. The survey was conducted among Americans age 18+ in recognition of National Park Week, the presidentially proclaimed week beginning April 20 through April 28.

For many, national parks conjure up images of lush, park-like settings, natural habitats of mountain vistas and fields of green—most certainly an accurate depiction of familiar national park destinations like Yosemite, the Great Smoky Mountains, Yellowstone and the Grand Canyon. While more than 75% of respondents associate national parks with nature and wilderness, fewer than 15% were aware that the national park system also includes historic buildings or national landmarks.

National Park Week began in 1991 as a celebration of the National Park Service’s 75th anniversary. In honor of National Park Week 2019, which includes nine specially themed days celebrating our country’s most historic and treasured grounds, the listing below features national parks and programs that may be less known but no less extraordinary.

There's no better way to celebrate Earth Day, all about environmental science and stewardship, than at the first-ever, research-grade observatory built at a national park. The Grand Basin Observatory takes advantage of the Great Basin National Park’s remote location (there’s no significant man-made light for 70 miles in each direction) for its remotely controlled, state-of-the-art astronomical telescope. The observatory was opened coinciding with the 100th anniversary of the National Park Service and serves as a research and education facility in the fields of astrophysics, natural resource management, as well as other sciences.

Great Basin National Park is also a great showcase of the biodiversity and complexity of our world. The park features some of the oldest trees on Earth, the Great Basin bristlecone pine; the Lehman rock glacier, a giant boulder formation held together by the glacial ice that once carved through the terrain; the stalactite-studded Lehman Cave; and an abundance of wildlife and varying habitats.

Whether through the astronomical discoveries studied at its observatory or the self-revealing majesty held within its boundaries, the Great Basin National Park helps reveal to us the importance and urgency of the conservation of our planet.

These days, most people travel to and through national parks by car, but at one time, railroad tracks formed the backbone of the National Parks Service. Early railroad companies not only took passengers to their scenic destinations, but national parks like Yellowstone, Yosemite and Crater Lake benefited from these companies’ behind-the-scenes work to grant them national park status.

A charming train ride through a national park can be a great way to sit back and take in the scenery, but did you know that there are several national park sites where trains are the main attraction? According to PASHpost’s survey, national parks inspire a sense of history in 65% of respondents and feelings of nostalgia in an additional 38%, and when a steam train chugs past ancient ecological formations, you’ll no doubt be transported to the early days of our nation’s history. Whether they’re an integral and historic way to get around or completely dedicated to the innovation and cultural advancement of locomotives, check out some of these National Park sites that heavily feature railways:

OK, so maybe this next park on our list isn’t exactly an obscure gem or a little-known outpost, but no national parks list is complete without mention of America’s first national park, and if you want to get wild, there’s no better place than Yellowstone.

Yellowstone National Park is world-renowned for its extensive wildlife and untamed country. Half of the world's geysers and hydrothermal features are found in Yellowstone, fueled by the Yellowstone Caldera, the largest (and still active) supervolcano on the continent. The United Nations designated Yellowstone as a world heritage site, and it's no wonder why: from its famous Old Faithful geysers to the frequent earthquakes to the free-roaming Bison herds and ever-present bear populations, Yellowstone is a place where you can truly embrace your wild side.

The park spans three states—Wyoming, Idaho and Montana—and takes at least a few days to appreciate its sheer expanse. Although Yellowstone is extremely popular, by going in the off-peak spring season, you’ll avoid the summer crowd while still enjoying your favorite wild activities. Respondents to PASHpost's recent survey said they’re most likely to engage relatively tame endeavors—38% and 34% percent, respectively, would be likely to walk or hike at a National Park—but thanks to Yellowstone’s rugged terrain, you won't have to go bison dodging to have a wild time.

Throwback Thursday is all about recognizing and continuing the efforts to keep America’s natural and cultural heritage preserved through national parks and communities. Connect with a historic site near you by searching your community for sites on the National Register of Historic Places or that are designated as a National Historic Landmark or National Heritage Area.

Use the hashtags #ThrowbackThursday and #NationalParkWeek to recreate famous national parks photos or memories from your childhood. Or explore the efforts the National Park Service has made to preserve our history through culturally and historically significant sites like the Belmont-Paul Women's Equality National Memorial.

This house was the headquarters of the National Women's Party and, for almost 90 years, was the epicenter for the women's rights struggle. From this house, feminist icons, like Alice Paul, developed and implemented innovative social strategies and tactics, like civil disobedience, that later influenced the Civil Rights Movement.

For Friendship Friday, we want to celebrate America’s truest friends: those who put their words, their core beliefs, into action and helped shape our nation — and its parks system — into what it is today. The best place to discover and explore the tributes to our founders is at our nation’s capital, where monuments and memorials fill the space between the hilly knolls of the National Mall’s amazing park environment.

With over 1,000 acres of green space, “America’s front yard” inspires and awes visitors from around the world with sobering monuments all clustered near the National Mall.

Highlights include Constitution Gardens, a 50-acre living legacy to the republic’s founding that was created by the Army Corps of Engineers after dredging the Potomac River, and the Martin Luther King Jr. Memorial, a 30-foot granite statue of King, including his most famous quotes, honoring his fight for freedom, equality and justice, among our nation’s founders.

Enjoying National Park Week without the company of man’s best friend would truly be a ruff experience. Per the PASHpost survey, over half of pet owners take their pets on vacation with them. Thankfully, your pooch can get in on the national park celebration by becoming a BARK Ranger and learning how to have a fun, positive experience for you, your four-legged friend and other park visitors. Becoming a BARK Ranger is as easy as respecting nature and following these principles:

Always use a leash (6-feet max)

Respect wildlife (give them their space)

Know where you can go (which trails/areas are pet-friendly)

Acadia National Park is one of the most dog-friendly parks and founded the BARK Ranger program in 2015, which has since spread to several other national parks. With over 120 miles of hiking trails open to leashed dogs, you can take your pet practically everywhere in this rugged coast and woodland national park—they’re even welcome on the free shuttles that circle Acadia!

At most national parks, the stars in the sky draw visitors to their amazing natural sights and soundscapes, but at Wolf Trap National Park for the Performing Arts, the chart-topping stars on stage steal the show. Only at Wolf Trap will you be able to take in world-class musical performances backdropped by the idyllic enclave of Fairfax County, Virginia, just 30 minutes outside of the nation’s bustling capital, making it the perfect destination for those needing a physical and mental recharge.

Wolf Trap is the only national park to be dedicated to the presentation of the performing arts, holding 70 to 110 concerts in the 7,000-seat Filene Center between late spring and early fall each year. Wolf Trap has hosted performances from world-renowned artists in almost every genre: Yo-Yo Ma, Demi Lovato, Robyn, Elvis Costello, Juanes, Celtic Women, Harry Connick Jr., Marc Anthony, and the National Symphony Orchestra are just a few of the performers who’ve graced the stage at Wolf Trap.

When it was first gifted to the National Park Service in 1966, Wolf Trap was meant to serve as a getaway from the grind of living inside the DMV metropolitan area, without having to get too far away from civilization, and even outside the concert season, there’s is plenty to see and do to enjoy this picturesque oasis. The 117-acre park consists of meadowland, floodplains, a pond, two streams, rolling hills and upland hardwood forest, all perfect for picnics, hiking and a refreshing pick-me-up.

While only just over half of respondents in the PASHpost survey were aware that many national parks host live music events, 84% said they would consider attending a concert in the setting of a national park. And now that you know more about our national park system, you can take advantage too.

PASHpost is the first full-service digital-media company serving enthusiast communities. PASHpost has built some of the most advanced online tools for enthusiasts, from curated Enthusiast News and Marketplace feeds to PASHGroups and PASHBadges. 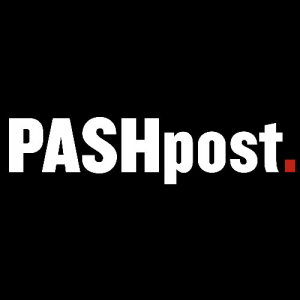