LA VERNE, Calif., October 27, 2022 (Newswire.com) - AARDVARK Tactical and Sky-Hero are pleased to announce the release of the world's first National Defense Authorization Act (NDAA)-compliant interior use tactical sUAS, LOKI Mk2US. The Mk2US is built to comply with the rigorous standards set forth in the NDAA and the recent Department of Defense black-listing of certain Chinese-made drone parts and technologies.

In response, Sky-Hero, the world's leading manufacturer of interior tactical robotics, redesigned and resourced the LOKI Mk2 to eliminate all of the covered Chinese components and replace them with European or American items.

"We have been asked by many of our top users around the world to ensure that all major components are built by NATO countries. After two years of work, we are pleased to announce that we have reengineered and redesigned these components and located American or European sources for them."

"We are extremely excited to see Sky-Hero release an NDAA-compliant version of LOKI. While there are a number of products on the market that claim to be American, in reality, the large majority of drones are simply built with Chinese-made parts and at best assembled in the U.S. LOKI Mk2US has always been made by NATO allies and now every NDAA-covered component will be too."

The LOKI Mk2US will begin shipping in Q1 of 2023. LOKI Mk2 is sold exclusively in North America by AARDVARK. Visit LOKI.AARDVARKTactical.com to learn more.

About AARDVARK: Founded in 1987, AARDVARK is a leading manufacturer, distributor, and system integrator of products to protect tactical operators from Local, State, Federal, and Military Units. AARDVARK is headquartered in La Verne, CA.

About SKY-HERO: Founded in 2013, Sky-Hero is a dynamic, flexible, fast-growing company specializing in drones and robotics and located in Brussels. With a target market in civil security, their clients range from Police Special Forces to International Security companies, mountain rescue teams, and firefighters.

About LOKI-Mk2 - LOKI Mk2 is a rugged, purpose-built sUAS intended to act as a scout for close-quarter, confined space, and indoor missions. LOKI Mk2 requires no internet service, no GPS, no phone or tablet connection, and has no forced software updates, making it mission capable in seconds from virtually anywhere. LOKI Mk2 performs in almost any lighting condition, seamlessly transitioning from sunlight to complete darkness.

AARDVARK is committed to protecting tactical operators and first responders with purpose-built technology and products. AARDVARK finds, develops, and manufactures exclusively integrated products that excel in a
variety of terrains and use-cases. 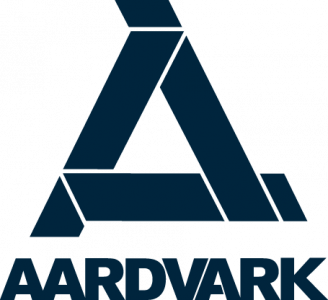 Jon Becker, Founder of Aardvark Tactical and PROJECT7 Armor, Releases Season 2 of The Debrief
The Debrief with Jon Becker returns for Season 2 to discuss the challenges tactical leaders face with an all-new lineup of guests — in order to make us all better leaders, better thinkers, and better people
Aardvark Tactical - Feb 1, 2023